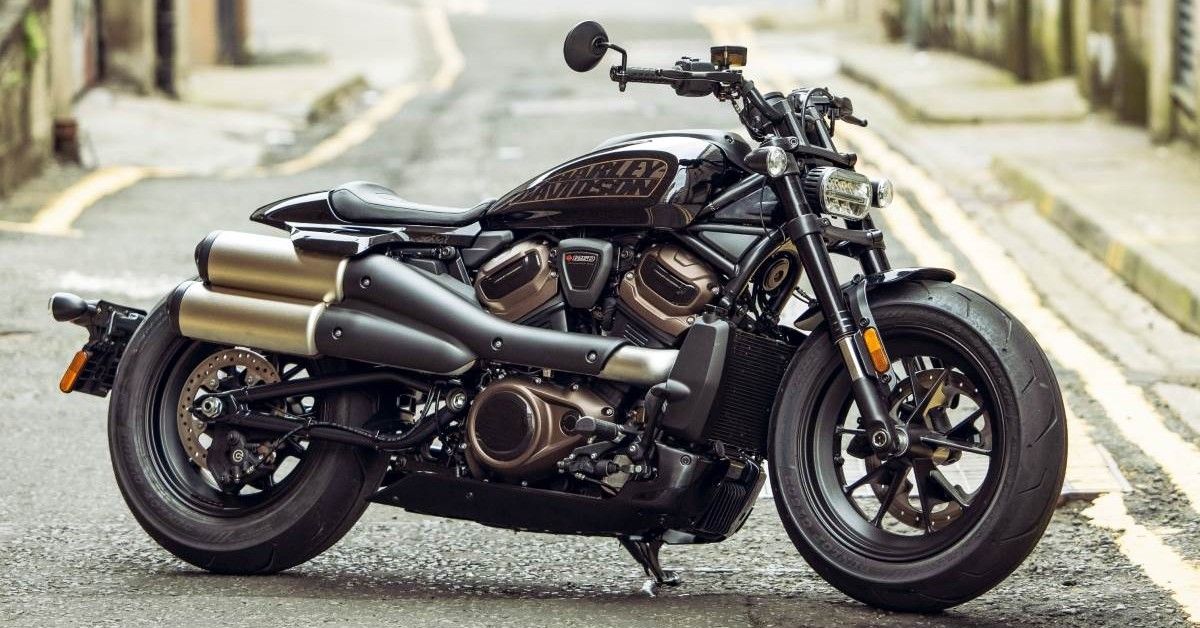 10 things we now know about the Harley-Davidson Sportster S

Harley-Davidson has certainly evolved since its inception. If we were to compare this to a book, new chapters have been created in the evolution of their bikes, surprising us and making us want more. Take a look at why the Harley-Davison V-Twin has stood the test of time. Harley-Davidson describes the 2021 Sportster S as a book chapter. And yes, it is an exciting story.

When you discover the Insane Harley-Davidson 2021 Sportster S, you realize that this new chapter cannot be underestimated! Check out the design, the Revolution Max 1250T, the exhaust configuration, among others, and you will find that Harley davidson set off an impressive race. Let’s take a closer look at the 2021 Harley-Davidson Sportster S.

RELATED: Ranking the 10 Greatest V-Twin Motorcycles Ever Made

Go back to 1957, to that first XL Sportster, and take a journey through its evolution. It has stood the test of time. From the one-of-a-kind 1969 Harley-Davidson XLH to the Harley-Davidson XL 1200N Sportster Nightster, there have been so many amazing models that have captivated us. But with evolution comes change.

9
The next generation – Sportster S

With the Sportster S we are now opening “the first chapter of a whole new book in the Sportster saga”, as the official Harley-Davidson website puts it.

The 2021 Harley-Davidson Sportster S is a giant leap forward. It has the design and the technology that captivates. We must mention the Revolution Max 1250T! The strong Harley-Davidson heritage can only inspire us, but the future Harley-Davidson, now, this excites us. Take a look at the design!

RELATED: These Are The Badass Harley-Davidson Ever

8
Look at the design

The Sportster S has that aggressive and unyielding design that brings an attitude to match. Harley-Davidson suggests that the Sportster S weighs 502 pounds with a full tank. It might be lighter than other Harleys, but it doesn’t back down in all that we want in a great ride.

To eliminate some of the excess weight, Harley-Davidson designed the Sportster S so that the engine is a structural part of the bike’s chassis. The Sportster S is available in a range of color options, including Stonewashed Pearl White, Midnight Crimson and Vivid Black.

The Harley-Davidson Sportster S’s powertrain is the Revolution Max 1250T, a liquid-cooled 60-degree V-twin that delivers 94 lb-ft of torque and develops 121 horsepower.

It has been compared to the Pan America with its 1250cc Revolution Max engine, which pumps more horsepower but delivers relatively similar amounts of torque to the Sportster S.

The exhaust system is inspired by the past glory days of Harley-Davidson track racing. These 304 series stainless steel pipes are corrosion resistant, according to the official Harley-Davidson article.

Harley-Davidson designed the exhaust system to protect the rider from heat that could hit their legs. In addition, the design of the exhaust offers a low frequency tone.

The Harley-Davidson Sportster S offers a variety of riding modes, where you just flip a switch, where you can toggle between Sport, Road or Rain, and even a custom mode.

Custom mode can be set to offer a combination of braking, power or even traction control settings, allowing the rider greater control in different conditions. Along with ABS and traction control, the Sportster S offers these enhancements to rider safety when cornering.

The 4-inch screen is easily accessible with buttons on the right and left controls. The 4-inch round thin-film transistor LCD screen has all the desired infotainment capabilities we want on those long drives.

The display includes these other necessities, such as turn-by-turn navigation, digital gauges, these driving modes, in addition to being equipped with Bluetooth.

The Sportster S features a Brembo brake system, offering the single front brake with four-piston caliper and 320mm rotor, while the rear brake has the two-piston caliper with 260mm rotor. The wheels are lightweight cast aluminum with an offset five-spoke design fitted with Dunlop / Harley-Davidson Series GT503 tires.

The Sportster S features a 43mm SHOWA inverted cartridge fork, a SHOWA piggypack reservoir shock, not to mention the rear suspension with hydraulic preload adjustment via a button on the left side of the bike.

With a seat height of 28.9 inches in the saddle, the Sportster S still has a low stance. The rider adopts an aggressive stance with the handlebars low and the front foot controls.

Heated grips provide that extra degree of rider comfort, along with other accessories that can be purchased separately, such as heated riding gear. Also remembering that the 2021 Sportster S was compared to the 2021 Indian Scout in a roadster showdown.

Of course, we can’t forget how much one of these great bikes costs. A 2021 Sportster S can be parked in your garage for a starting price of $ 14,999 (MSRP), starting your own new chapter in Sportster S legend.

Harley-Davidson has certainly started this new chapter with a powerful punch, not only delivering this Revolution Max 1250T, but also delivering the aggressive design, high quality suspension and exhaust system focused on the performance that we have come to expect, and all the extras that come with it, like these drive modes.

The rivalry between Indian Motorcycles and Harley-Davidson spills over to the custom and aftermarket scene, as evidenced by these cool bikes.