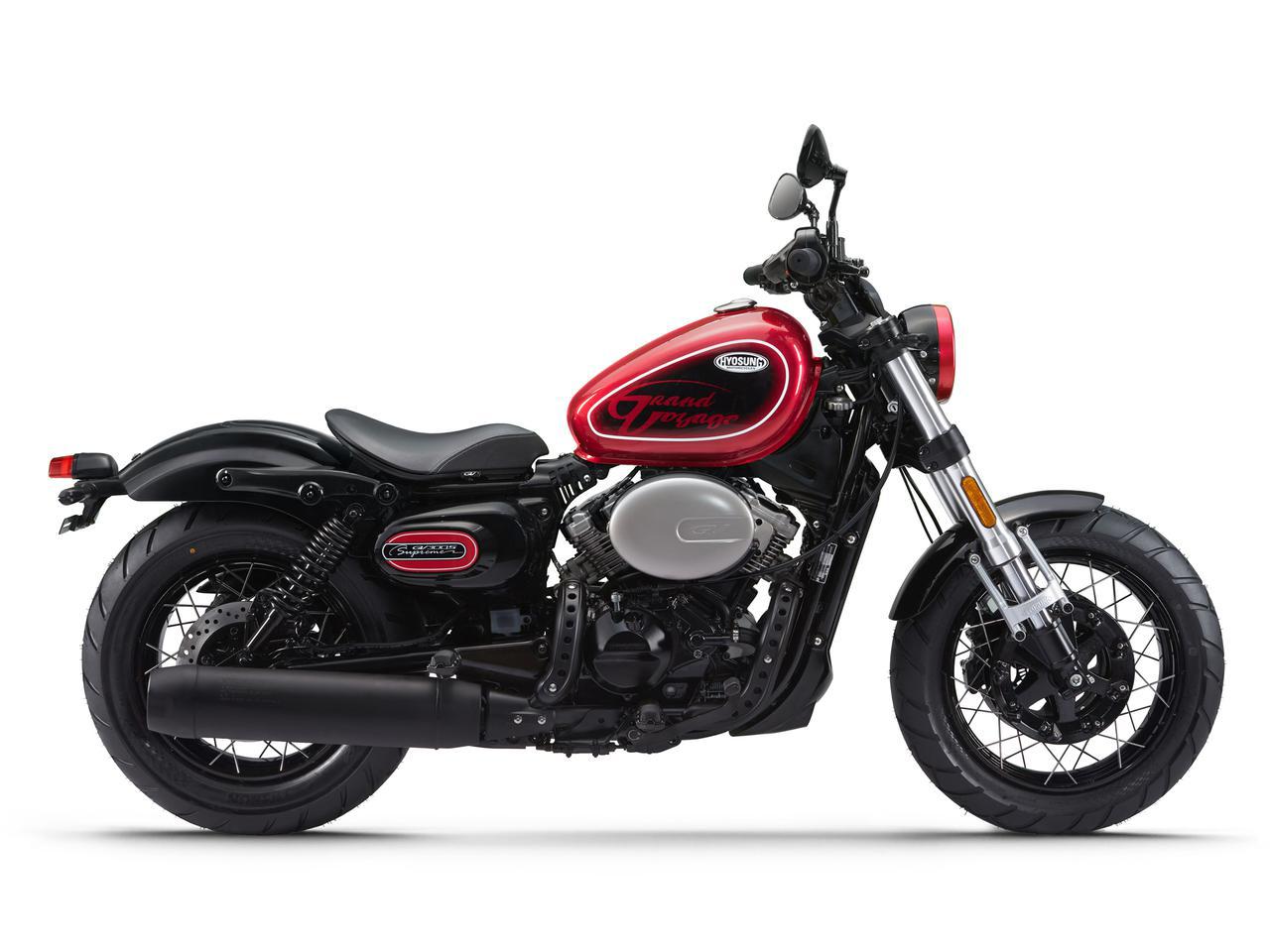 A Glimpse of the Asian Bobber Market – The New Hyosung GV300SA

The “bobber” motorcycle might just represent the coolest form a motorcycle can take – basic, scaled down, rebellious in nature and minimalistic in appearance. Originally the rider-modified versions of production motorcycles, manufacturers finally caught on and started creating bobbers right off the production line, the Harley-Davidson Sportster being the classic example. The style point potential in the bobber offering is not lost on Asian manufacturers, but their models offer a very different take on the concept once they are adapted to this market. The new Hyosung GV300SA may (sort of) look like a traditional American or British bobber, but it probably won’t conquer the Western market anytime soon.

Powered by a liquid-cooled 296cc V-twin engine that cranks out just under 30 horsepower at a relatively high 8,500 rpm, the GV won’t suffer much late-night rosy slippage either. The “regular” GV300S fits conventional forks and lighting, but this new SA model features more modern inverted forks and LED lighting, as well as an updated LCD gauge pack. In addition to the V-twin engine, which features cooling fins, the GV also features traditional wire wheels and a solo seat, which are traditional bobber staples.

Hyosung may not be a household name in the motorcycle game, but it is Korea’s leading motorcycle manufacturer. At first they produced Suzuki motorcycles under license for the Korean market, before branching out with their own designs, eventually exporting mainly smaller displacement machines to Western markets.

The GV300SA is more likely to make waves in Asian markets, where smaller displacement bikes are easier to buy, insure and license. So, although the GV has less than half the engine capacity of your typical American bobber, it should have no problem attracting those in markets where bigger means a lot more expensive. This actually fits the boober philosophy of less is more.