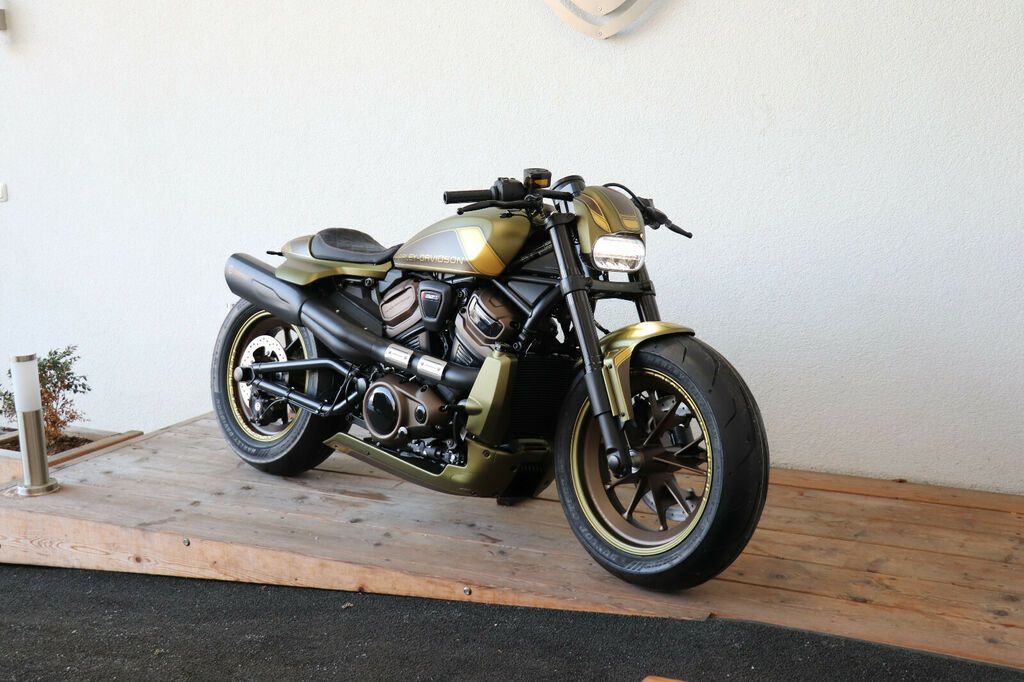 The Harley-Davidson Sportster S is the newest member of the family in the portfolio of American bicycle manufacturers. Even though it’s barely a year old, Germany-based custom bike maker Cult Werk, which specializes in Harley supply, has turned up the heat on the already handsome Sportster S to create a one-of-a-kind Sportster S. Oh, and that’s for grabs too, but more on that later.

For this build, the custom bike maker took a ‘if it is not broke, do not fix it’ approach. Meaning, most of the parts of the bike like the engine, suspension and even the bodywork remain as they are and only get a few changes to improve the whole thing.

This is well complemented by two-tone alloy wheels with a copper finish in the middle and an acid gold finish on the sides to match the body panels.

In addition, the custom Sportster S also gets a new chunky headlight cover, shorter front fender, and custom rear storage kit with a minimalist taillight, all made in Germany.

Another notable change here is the new flat handlebar lower than that of the original bike. This should result in a sportier, front-heavy riding posture and give the rider more clout. You also sit on a custom saddle with diamond stitching.

Style-wise, the only mechanical upgrade here is the addition of a full KessTech exhaust system. The end box looks quite radiant and can be fitted with an electronically adjustable flap to ensure you don’t get pulled over by the police.

To conclude, this custom Sportster S isn’t the entirely tricked-out “ideal” custom build one might expect, but shows that even subtle changes can also lead to an epic transformation.

Now you might think this would be a personal project that a Sportster S owner brought along, but that’s not true. This Custom Sportster S Is Actually Looking For A Home And Has Zero Miles On The Meter, All With The Harley Warranty Intact.

The price, however, is quite steep at 29,900 euros (~$33,000), more than double what the Harley-Davidson Sportster S costs.. Apart from that you will have to find a way to ship it from Germany.