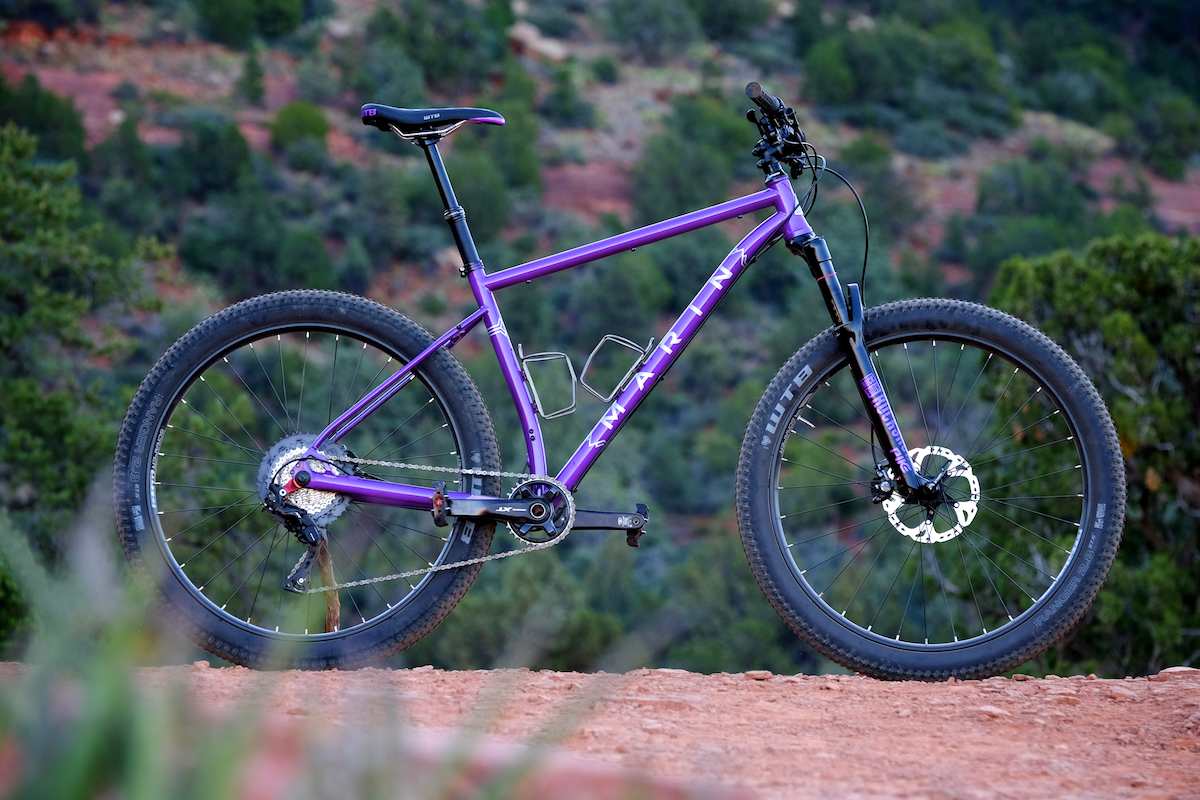 Leveraging three decades of bike building, the 2018 Marin Pine Mountain 2 lives up to its own legend.

It is impossible to swing one leg over a Marin bike and not feel a pang of nostalgia. Now over 30 years old, the California manufacturer was born from the epicenter of mountain biking just as the sport was taking root.

Although part of the Marin line since its inception, the Pine Mountain has seen multiple incarnations. Marin released the latest version in 2016. And now it pays homage to the original, updating it with 27.5+ wheels.

In its latest form, it’s a versatile machine. Whether it’s being pushed hard on a single track after work or loaded down heavily for a multi-day tour, it seems to do it all.

For the coming season Marin didn’t change the recipe too much. He made some notable revisions to the Pine Mountain 2. While the brand offered the two previous models in raw steel and silver colors, it dresses the new bike in purple paint with Grimace hues.

The component specs haven’t changed too much. Most of the drivetrain still carries the Shimano XT labels, and the hydraulic brakes and 160/180mm rotors remain. 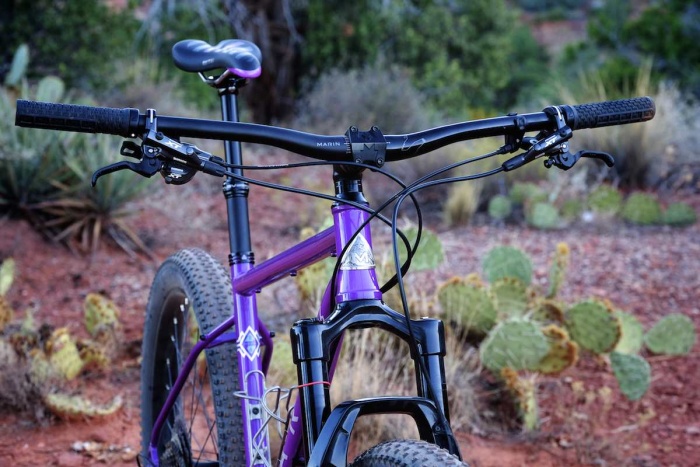 In response to demands for a lower gear ratio, the cassette now features a hill-conquering 46-tooth cog. I only did one bike trip on the Pine Mountain 2, but the rescue gear helped me climb with a fully loaded bike. the XT Boost crank comes with a single 32-tooth chainring, as front derailleurs are increasingly unnecessary these days. 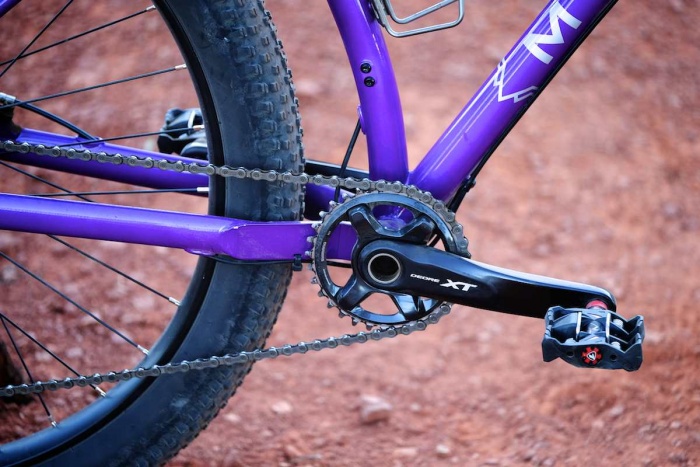 The biggest change was a fork swap from a Fox Float 34 to a RockShox Pike RC. I also noticed that the WTB Scraper rims have gone from 45mm to 40mm wide. Not to say the wider rims were too much, but the narrower hoops reduce weight and give the WTB 2.8 Ranger tires a rounded, compliant profile. On the trail, the wheelset felt less like a mid-fat setup and more like a chubby 29-inch wheel. 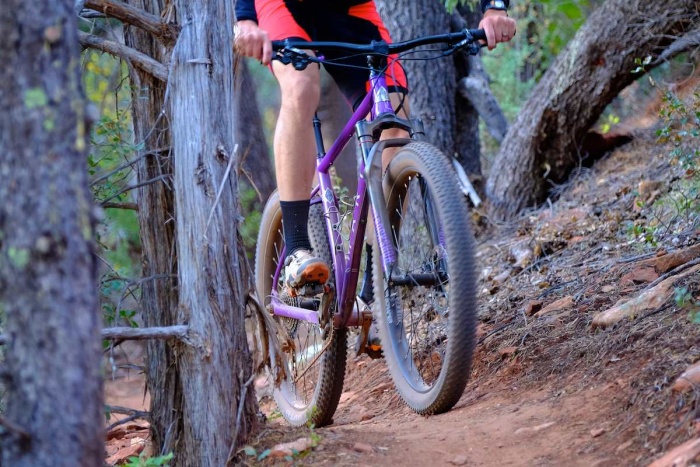 When Marin released it in 2016, I was thrilled to see this top-level hardtail using Columbus Thron tubing. With approximately 30% more stiffness than Reynolds 531 steel tubing, the Pine Mountain’s seemingly pencil-thin chassis is a worthy counterpart to muscle wheels. 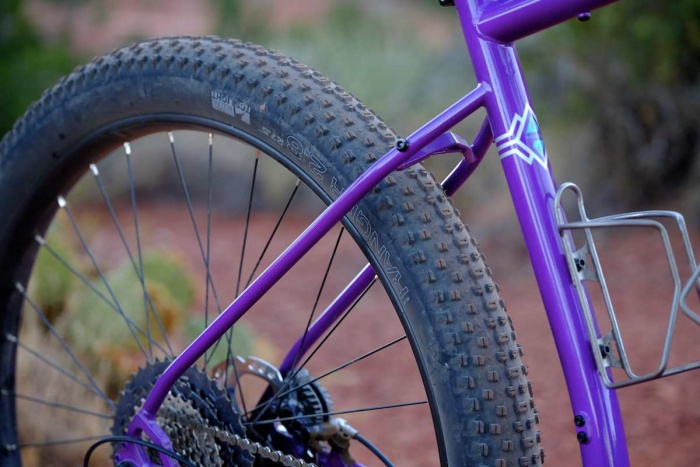 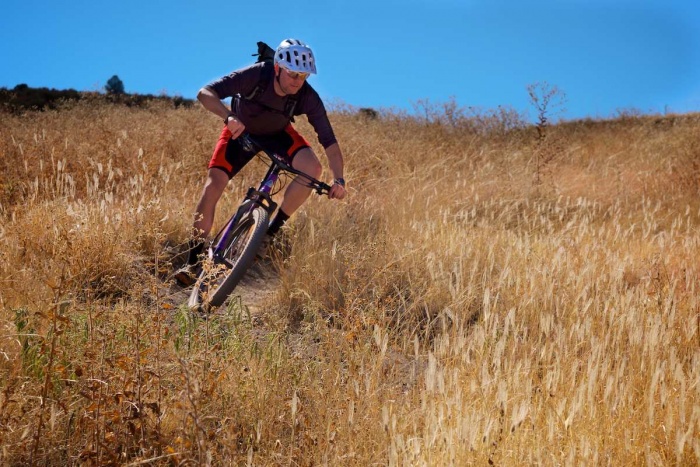 At the risk of sounding like an old-school pedant, there’s a purity and uniqueness to a steel hardtail that I’ve always appreciated. Without giving it any magical properties, but even with a well-tuned fork absorbing the bumps, I feel more connected to the terrain, without suffering knocks. When faced with punchy climbs, the ability to lock in a few enthusiastic pedal strokes against a firmly planted crank feels good.

On technical trails when things get spicy, the cable-actuated dropper post helps maintain the confidence to keep rolling. The bottom bracket is just high enough to reduce unexpected pedal strikes. So while the Pine Mountain 2 may seem dated, the driving experience certainly isn’t. 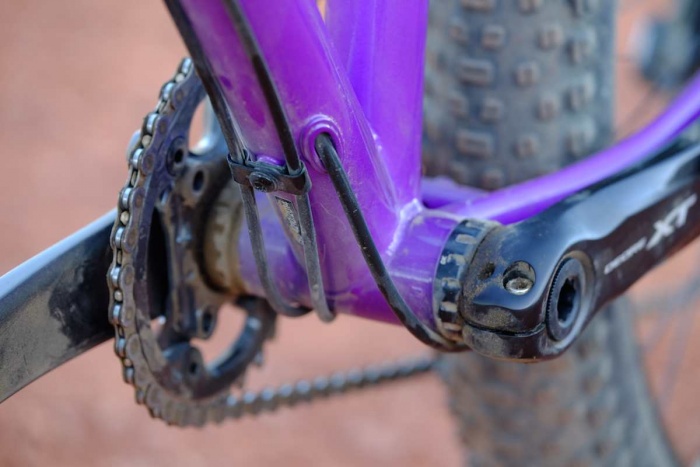 Given its mission as an all-around bike, the 69-degree head tube and 73.5-degree seat tube angles are nimble when unloaded and stable when kitted out with bikepacking gear. After reading the geometry specs, I expected the 437mm seatstays to be wide in tight corners, but, to my surprise, the rear half of the bike felt short and snappy.

Speaking of short, the abbreviated stem also helped to amp up responsiveness, perhaps down to jitters. Given my high monkey index (long arms), I traded it in for a bit more length. The 780mm riser bars provide enough width and leverage to swing out hard when pushed into an aggressive turn. In addition, they prove to be solid when sawing side by side during angry climbs.

The Pine Mountain 2 represents the best the material can do. Subtle nuances in ride quality speak to Marin’s rich history, but they still feel modern and relevant. Not everyone will like the extra squish of plus-size tires, but they work for me, especially when the bike is heavily loaded. 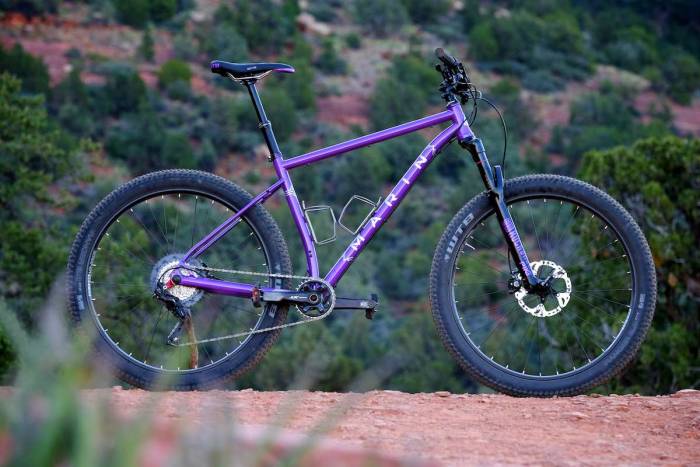 Overall, there’s very little I would change with the 2018 Pine Mountain 2. I would mostly make minor adjustments to better suit my preferred terrain and riding style. Along those lines, I might swap the tires for something meatier like the Terrene Chunk or the newly released Teravail Cumberland.

With my penchant for long rides, I would have liked to see an additional bottle holder under the downtube, but it gets tricky.

Other than that, I just wish they could have made it more purple.

Fueled by his personal mantra – the Earth is cool – Christophe Noel has dedicated his life to exploring it as much as he could. His words and images have appeared in a number of print and digital publications as well as manufacturers’ websites, catalogs and advertising campaigns. When he’s not typing on a keyboard as a freelance journalist or peering through the clear glass of a camera lens, he can be found riding a bicycle, motorbike or zipping through an airport en route to his next adventure. www.christophenoel.net

Old School: A Look at the WTB with President Patrick Seidler