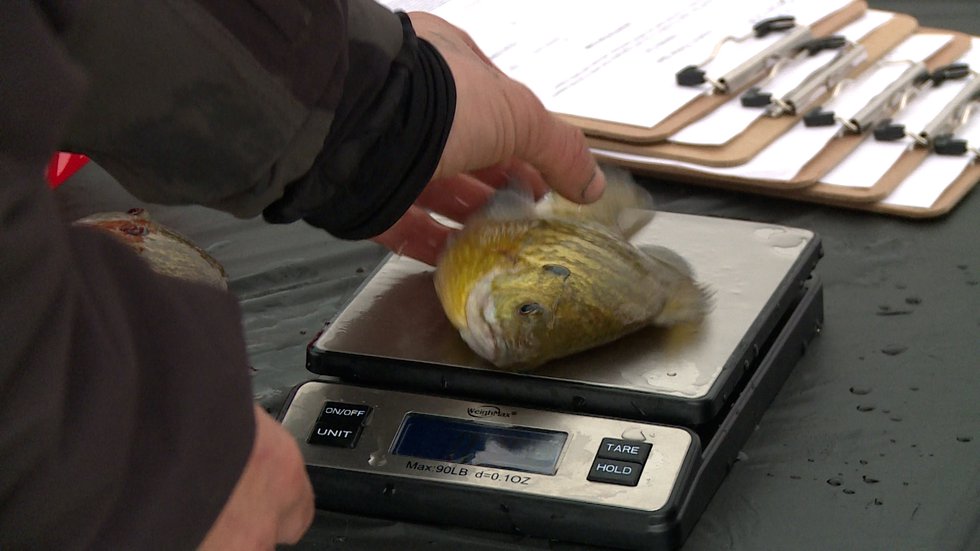 When he and his finance, Amanda Mckown, found out they were pregnant with a boy three years ago, they knew they were going to name him Braxton, and they knew he would often fish with his dad.

“It’s something he always imagined doing with Braxton,” Mckown said.

Today they fish in memory of Braxton.

“He’s not here with me, but he’s somewhere around here. People say his name and we don’t forget it,” Spath said.

He and Mckown lost Braxton a week before their due date.

“After that, we felt lost and alone and didn’t know what to do.”

So they created Baxton’s Bobber Bash, a way to remember their son and raise awareness about stillbirth prevention and research.

“The event started three years ago where we didn’t know what we were getting into and now it’s a big event where we have at least 100 people here fishing and remembering Braxton,” Mckown said.

Spath even takes a day off from his favorite hobby, to coordinate the event for others.

“We don’t fish, we don’t get any of the awards or whatever we put it on.”

Since the tournament began three years ago, sponsors have stepped up to help raise funds and more and more people have joined us.

“For a lot of people it’s just an ice fishing tournament, so they go out and have fun. For us, it’s a way to say his name and hear people talk about him. Our other three kids, we talk about it every day and seeing people walking around in Braxton’s Bobber Bash t-shirts is awesome,” Mckown said.

“I have a ton of friends here right now, family, uncles, cousins, they’re all here to support Braxton.”

Which means more money will be donated to the Star Legacy Foundation, a nonprofit organization dedicated to reducing miscarriages.

“Parents who have lost children, whether to miscarriage, stillbirth or infant death, you are not alone and you are learning to deal with this grief every day. “Mckown said.