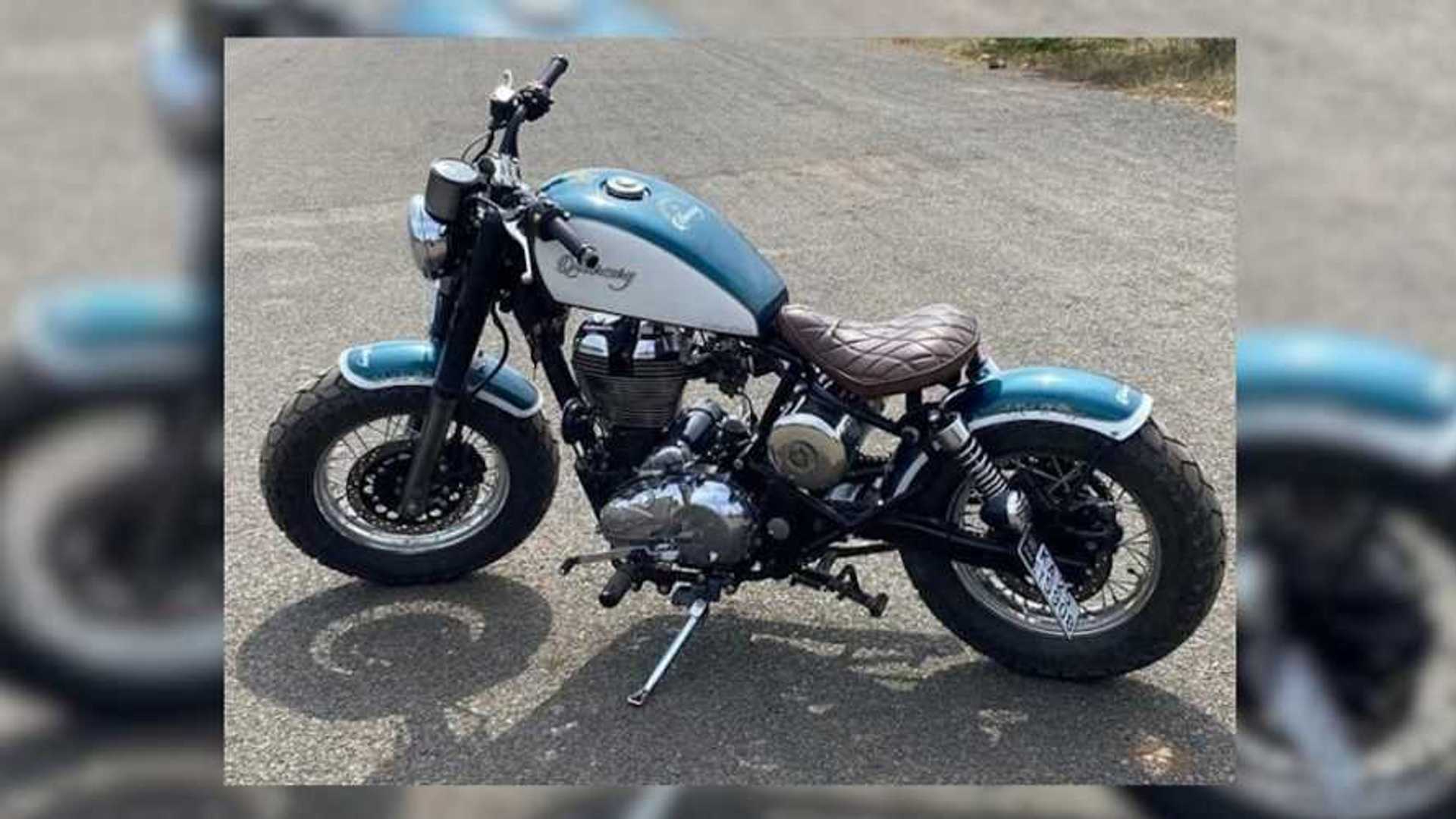 Royal Enfield has always been synonymous with freedom of expression and bringing out the uniqueness of the rider through its motorcycles. In fact, the Indian motorcycle manufacturer has long encouraged custom builds and has even launched a number of programs specifically focused on customizing their motorcycles. Custom Royal Enfields come in all shapes and sizes, some with very distinct inspirations.

This is the case of this magnificent Royal Enfield Thunderbird 350 transformed into a bobber. The builder of this machine, Bulleteer Customs, designed this bike as a tribute to the iconic rock band, Queen frontman Freddie Mercury. Sleek and glamorous, this motorcycle has been outfitted with a variety of custom parts that pay homage to the rock star. For starters, the Thunderbird was fitted with a set of custom wings that were shorter than the stock units. The bike’s alloy rims have been replaced with spoked units which give the bike a more retro aesthetic.

In addition, several “Mercury” logos were painted on the motorcycle, one on each side of the tank, as well as on the shortened fenders. The instrument panel was also modified in favor of a sleeker and visually simpler monopod analog unit. The folks at Bulleteer Customs wasted no time building a custom fuel tank. Noticeably smaller than the stock unit, the custom fuel tank gives the bike a more retro bobber aesthetic. A custom leather seat was also designed to match the relaxed line of the bike.

To top it all off, a truly magical color palette of teal and white, with matching gold accents. Additional details that pay homage to the iconic rock band include the names of two of their most popular songs: ‘We Will Rock You’ and ‘A Kind Of Magic’ were airbrushed onto the bike’s fenders. With a machine as glamorous as this, it wouldn’t be surprising to see this bike at one of Queen’s gigs if Freddie Mercury was around today.