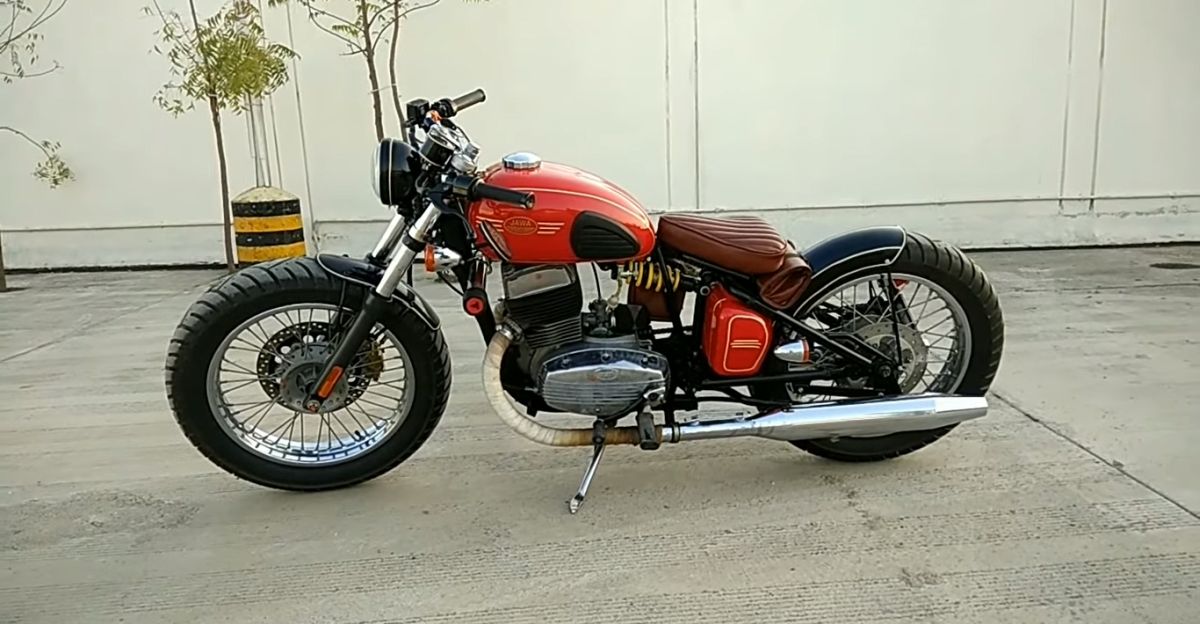 The video was shared by Rathor Engines on their Youtube channel. It looks like one of their recent projects. In this video, the vlogger gives a quick overview of the bike. Since this is a walkthrough video, it doesn’t mention or say anything about the changes. Here in this article we will talk about any changes or modifications that we might manage to see in the video.

Starting from the front, the motorcycle receives a new set of wheels. The spoked wheels are wrapped in thick tires. Vlogger turned a regular Yezdi motorcycle into a bobber. The original motorcycle front forks have been replaced with another unit. The front and rear are also equipped with disc brakes. The bike also receives custom mudguards at the front and rear.

As we go along, the motorcycle’s original headlight unit has been replaced with a smaller aftermarket unit. There is a single remote box analog instrument cluster and there are also clips on the handlebars. Mirrors are placed under the handlebars.

The video does not mention whether the engine has been repaired or not. Yet it is the original engine. The vlogger starts the engine and the classic motorcycle exhaust note can be heard. The frame of the bike has been completely reworked to achieve a bobber stance. The rear receives a custom fender and the large rear tire is left exposed.