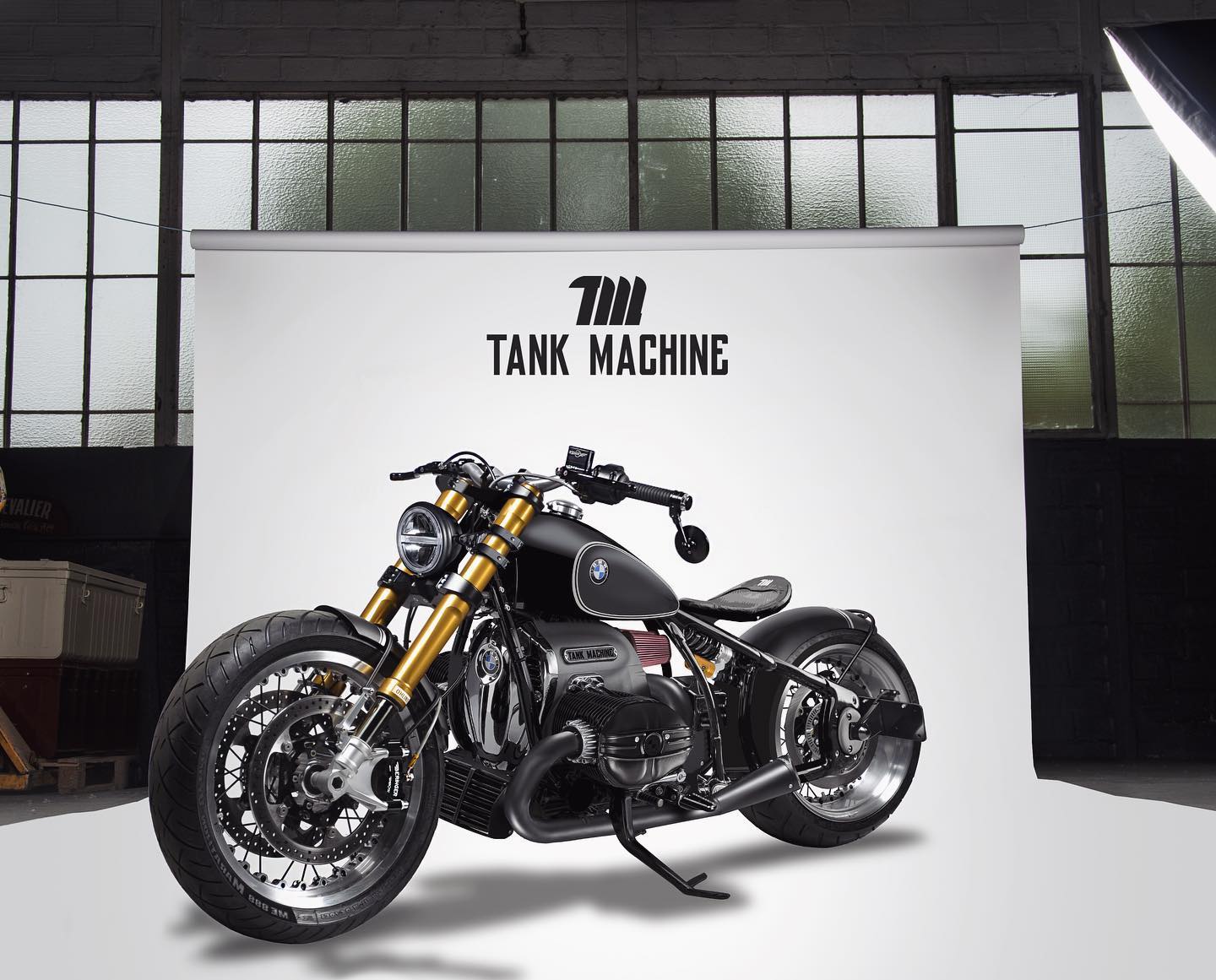 How do you prefer your custom R18: rugged or refined?

Launched in April this year, the BMW R18 entered the cruiser segment which is Harley-Davidson territory. It’s the German brand’s first cruiser and of course it left the door open to customization. Tank Machine is a French workshop that released two modified versions of the R18.

The BMW R18 is equipped with the biggest boxer engine ever made by the brand – an 1,800 cc developing 91 hp and 150 Nm of torque between 2,000 and 4,000 rpm. It features an open and exposed nickel-plated shaft, just like BMW used before ’55, and a self-reinforced anti-skip clutch to help rear wheel traction during hard downshifts. In other words, it has old and new gadgets to stand out from the crowd and it may be a tool for custom shops to leave their mark on such a motorcycle.

This is the case of Tank Machine who designed these two custom BMW R18 models. The dark-colored version is a refined bobber with a custom exhaust system, custom seat and fenders, upgraded braking system and Ohlins suspension to name a few tweaks. There are no details if Tank Machine has done any engine upgrades.

Moving on to the beefier BMW R18, this time around the bike has been modified to tackle off-road tracks. The front suspension has been adjusted, as well as the braking system which now has only one front disc brake larger than the standard ones. Additionally, the fenders and seat are custom while Tank Machine used a white and blue color scheme to make the bike stand out.

Both bikes look awesome, but we still wonder what price Tank Machine has for these bikes.

Transform an old hardtail into a custom mountain bike

Calfee presents its next carbon hardtail made in California