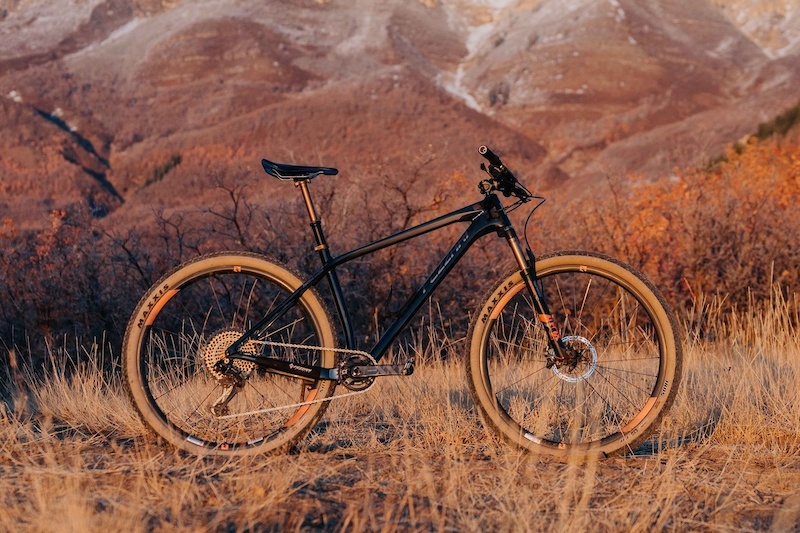 Fezzari has released his new XC racing machine, the Solitude, which aims to balance pedaling efficiency with downhill stability.

The most significant development of the Solitude is the use of what Fezzari calls its Monoform technology, which the company previously only used for its carbon road bikes. While most carbon bikes are made of two molded pieces that are then glued together, Monoform technology uses a single mold to eliminate bonding and therefore reduce weight without reducing resistance, explains Fezzari.

Fezzari claims the frame weighs less than 1,000 grams, but does not specify an exact number. While its low weight places the Solitude firmly in the XC racing class, Fezzari opted to specify the bike with somewhat more progressive numbers than what is traditionally seen on XC racing hardtails. In the era of dropper posts on featherweight bikes, gnarled World Cup courses, and Nino’s whips, Fezzari’s geometry choices seem in step with his time.

The head angle is half a degree lower than in the previous edition of Solitude at 68 degrees, the seat angle is now 74.5 degrees and the reach is longer than before, the all in the name of making a bike that borrows descending prowess from longer-travel trail bikes.

The Solitude can operate forks ranging from 100mm to 140mm, further blurring the classification of the bike as a climb-oriented bike.

Bristol deploys the Bobber 650 in the Philippines