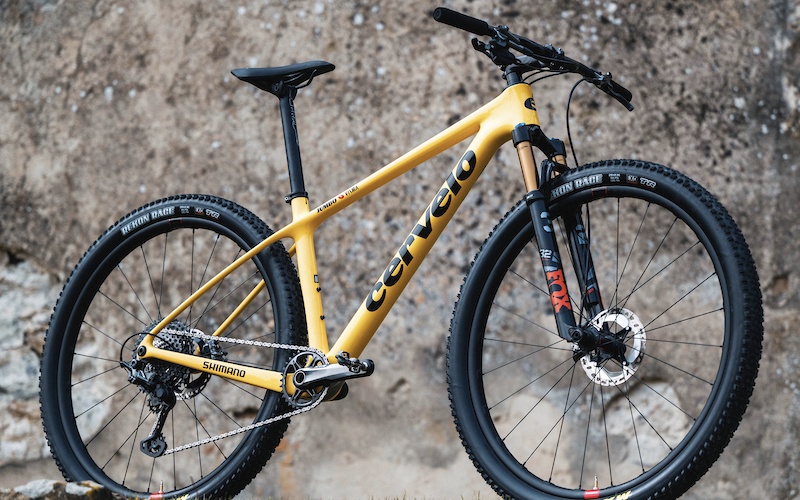 By Renee L. Galeana Last updated Oct 6, 2022
Share
Cervelo are best known in the curly bar world where they sponsor Wout van Aert and the rest of the Jumbo-Visma team, but today sees them release their first mountain bike, the ZHT-5 hardtail which they describe as “Stiff, light and ready to fight.” In other words, the ZHT-5 is all about cross-country racing, and Cervelo says the 907-gram (medium) frame is a “super-stiff mountain bike design that propels you upwards.” front without compromising weight or ride quality.”

Cervelo offers the ZHT-5 in two versions; $9,000 gets you an XX1 AXS, SID SL Ultimate and a set of carbon fiber wheels from Reserve, while the $4,800 version comes with GX AXS, SID SL Select and bolt-on aluminum wheels. same carbon frame.

Cervelo in fact very lightweight road and gravel bikes, so it’s not really surprising to learn that a mid-size ZHT-5 frame weighs just 907 grams. It’s not the lightest on the market, but it’s close, and Cervelo told us that while it could be a bit lighter, they also wanted the frame to be stiff in an efficient way.

Undoubtedly the most polarizing detail will be the internal cable routing which enters through the top cap of the headset and gives a sleek frame. This probably makes maintenance a bit more complicated as well, but other than the top cap itself, there are no weird proprietary parts and it uses normal bearings which should be easy to find. Speaking of cables, neither of the two complete bikes come from Cervelo with a dropper post—it’s a complete cross-country bike, after all—but they were smart to include internal routing if a ZHT owner- 5 wanted to add one on the road after being thrown out the front door several times.

Other details worth mentioning include two bottle mounting locations—a must-have for this type of bike—and a threaded bottom bracket that will never call for a hammer or press to work.

The ZHT-5 is designed around a 100mm travel fork and 68.5 degree head angle, which is probably more than a few degrees steeper than your newest trail bike, but in line with other race-focused hardtails. If you could do with a little more forgiveness, Cervelo told us earlier this year that you could run up to a 130mm fork which would also loosen up the steering a bit. All four sizes have a 74-degree seat angle and 430mm rear end, but the head tube goes from just 89mm on the small to 121mm on the extra-large.

Reach figures are more conservative than long, with the tall frame reaching 457mm. The 484mm extra-wide is as big as it gets, and it starts at 409mm for the small frame.