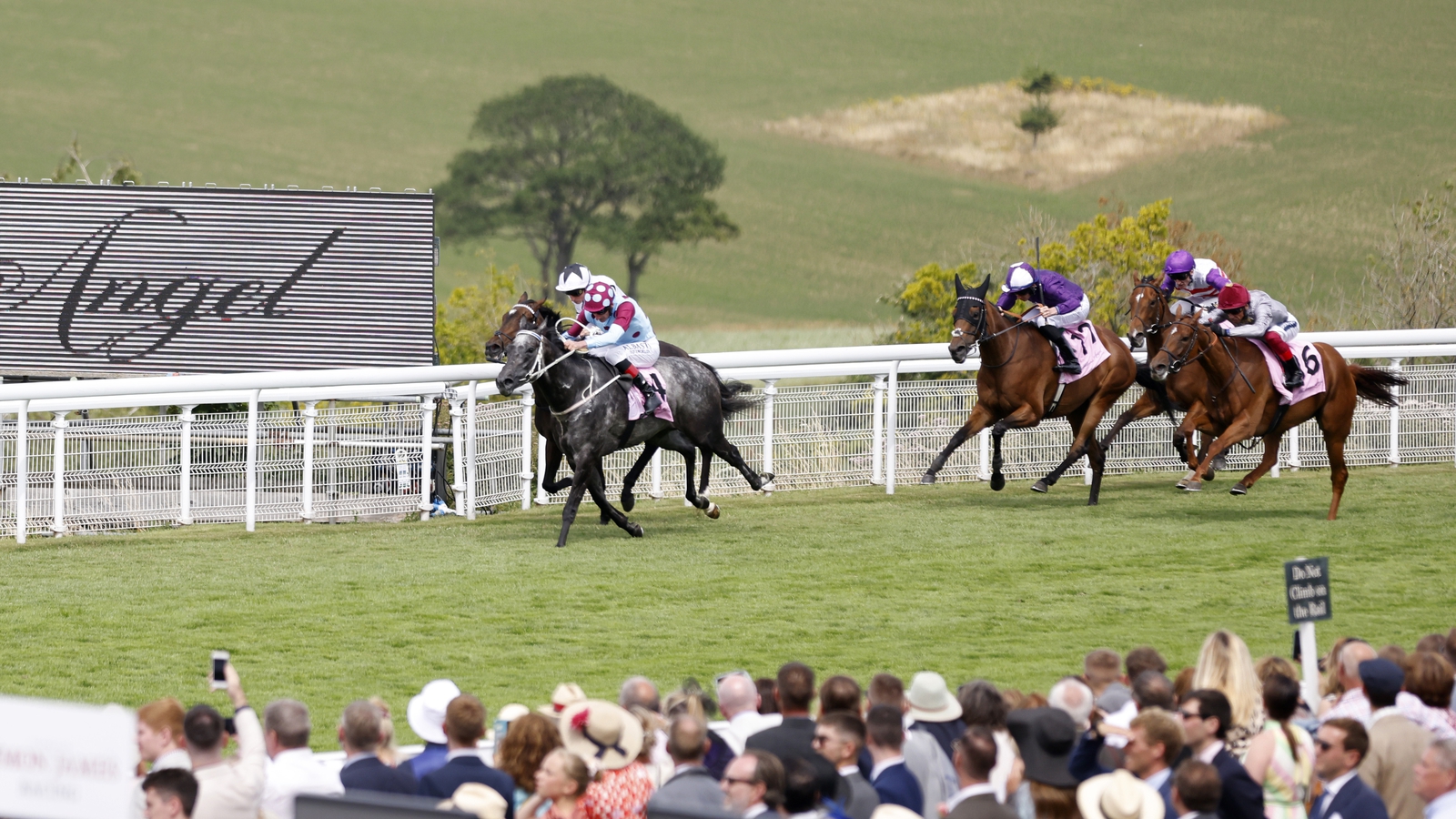 Connections praised oscule as she once again showed her courage by justifying favoritism in the Whispering Angel Oak Tree Stakes at Goodwood.

William Buick’s mount – trained by George Boughey for Nick Bradley Racing – was keen at the start of the seven-stage Group Three contest, but from a good draw in stall two the 100-30 chance found plenty of cover behind Soft Whisper, who set the pace from a wide berth.

Once the longtime leader passed out, Internationalangel (66-1) was sent to the front by Adam Kirby and the Jane Chapple-Hyam-trained mare looked all over the winner inside the final furlong, only for Oscula to show plenty of heart on the back rail, rising in the shade of the post to register a header hit.

French raider Samahram caught the eye staying third, an extra length and a quarter back.

It was the three-year-old winner’s fourth race in 25 days, being in action as recently as Saturday when he was second in the Group Three Valiant Stakes at Ascot.

Boughey said: “Oscula is a real standard bearer for Nick Bradley who is a huge supporter of the yard.

“She keeps trying. My girlfriend Laura rides her so it’s a particular success. She raced four times in July and I think she’s peaking here. Having raced four days ago, it’s is a remarkable horse.

“Sent a video to Nick and William Buick of Oscula charging around the paddock last night, she’s a remarkable horse. She puts on weight in 24 hours and she’s a real star.

“It was a tough watch, but William is an important part of the team so it was brilliant. I put it in a race in France in 10 days so we could go there.”

trill (7-1) came with a huge flurry from the stands side under Pat Dobbs to win the Markel Molecomb Stakes.

Trainer Richard Hannon looked daring to bring the No Nay Never filly five furlongs back for the first time on a sharp track for only her third start, but she managed both the journey and the move to the company of the group three with aplomb. , looking like she just had a hand in the production of her finishing kick.

Although she had a lot to do with two stadiums to run, with Eddie’s Boy and Rocket Rodney setting the pace, Dobbs bided her time and Trillium’s acceleration was instantaneous, as she raced home to score through a length and a quarter of the tied favorite Rocket. Rodney, with Walbank half a length further in third.

“She’s always been a beautiful filly and I was surprised she didn’t win here the first time around, she probably didn’t know enough and was a bit enthusiastic,” Hannon said.

“She won her maiden very well at Newbury. She’s always been a very nice filly and she’s starting to look like a strong two-year-old. She came in quite late, but she’s a credit to Rockcliffe Stud, they bred her and she is a very good filly. We will be looking at something like the Morny.

Market leader for the Coral Beaten-By-A-Length free bet handicap over a mile and a half, the three-year-old Charlie Appleby was enthusiastic early on and drifted left in the closing stages, after hitting the before when cutting.

But the Dubawi colt showed great determination under William Buick to hold off Maksud by a length and a quarter, supporting his Royal Ascot King George V success. Inverness remained third, one more head behind.

Appleby said: “That race at Royal Ascot has gone well and physically he’s only gotten better from the start of the summer to where we are today.

“I think the most logical step, in the future, will be to go to the Grand Voltigeur. I know William offered the Léger, but these are small steps – handicaps, going up in the company of the Group is a big thing. He’s a horse that I was very confident going into the day, what he achieved at Ascot and how the horse is doing physically right now.

“We were, as I said, confident coming here today with the vision that this will be a stepping stone to the Grand Voltigeur.”

The platinum queen (5-6F) could be set to clash with his seniors after breaking the five furlong track record with a stunning performance in the EBF Alice Keppel Fillies UK Conditions Stakes.

The Cotai Glory daughter, trained by Richard Fahey, clocked 56.5 seconds under Oisin Orr, bettering the mark set by Trillium in the Molecomb Stakes earlier in the afternoon.

The Middleham Park Racing filly did most of the race, backing up her rookie success at York and propelling four lengths ahead of Union Court, with Star Of Lady M two lengths further back in third.

Fahey is now considering replacing her for the Nunthorpe at York on August 24.

He said: “Oh my God, she’s an extremely fast filly. We had a filly a few years ago who was quite fast (Queen Kindly), but this filly has a great mind and she goes fast very easily.

“It’s not easy to get her to gallop home because she wants to go fast all the time. She does it easily. But everything else is great. She’s a spirited filly. Nunthorpe this morning .

“It was discussed before the race, so I don’t see why it wouldn’t be discussed after now!”