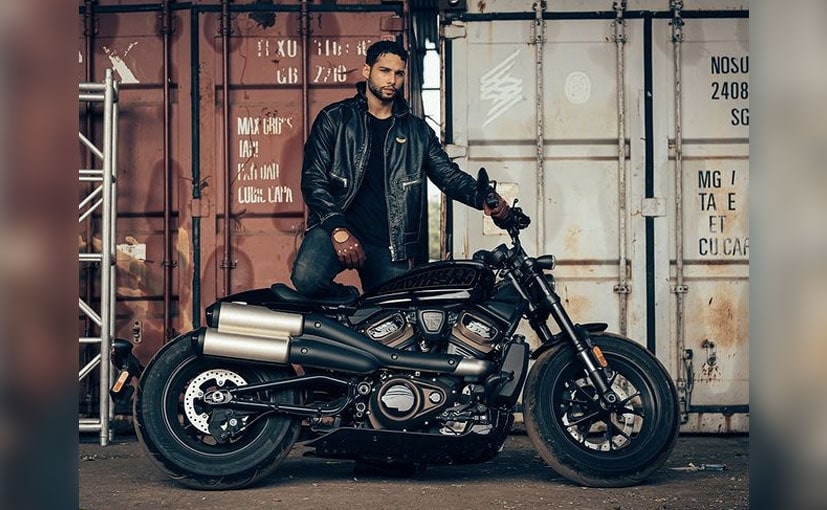 Actor Siddhant Chaturvedi, best known for his role as underground rapper MC Sher in the movie Gully Boy, bought the 2022 Harley-Davidson Sportster S. The actor posted a series of photos with his new prized possession on social media . The Sportster S is the newest addition to the American motorcycle marquee’s Indian lineup and was launched during the last edition of India Bike Week earlier in December 2021. Siddhant opted for the Vivid Black hue of the Harley- Davidson Sportster S 2022, and its current price in India is ₹15.51 lakh (ex-showroom, India).

The new Harley-Davidson Sportster S is the second new model to be based on the company’s new Revolution Max 1250 platform, which also underpins the Pan America 1250. The bike looks muscular and sporty with a guard -short front fender and a rear section, a high-mounted exhaust, while the solo seat is inspired by the Harley-Davidson XR750 flat tracker. The bike comes with a 4-inch TFT instrument console and comes with Bluetooth connectivity. The bike also benefits from full LED lighting with the signature Daymaker LED headlight.

The bike is powered by a 1,252cc V-twin engine which is tuned to produce 121hp and 127Nm of peak torque, which arrives at 6,000rpm. The bike also comes with Showa’s 43mm inverted forks up front and a piggyback reservoir rear shock with remote preload adjustment. Suspension travel is limited, with just 91mm up front and 50mm of travel on the rear monoshock.

As for the actor, Siddhant was recently seen in the ensemble comedy, Bunty Aur Babli 2, alongside Saif Ali Khan, Rani Mukerji, Sharvari Wagh and Pankaj Tripathi. The Gully Boy actor will next be seen in director Shakun Batra’s Gehraiyaan, alongside Deepika Padukone.