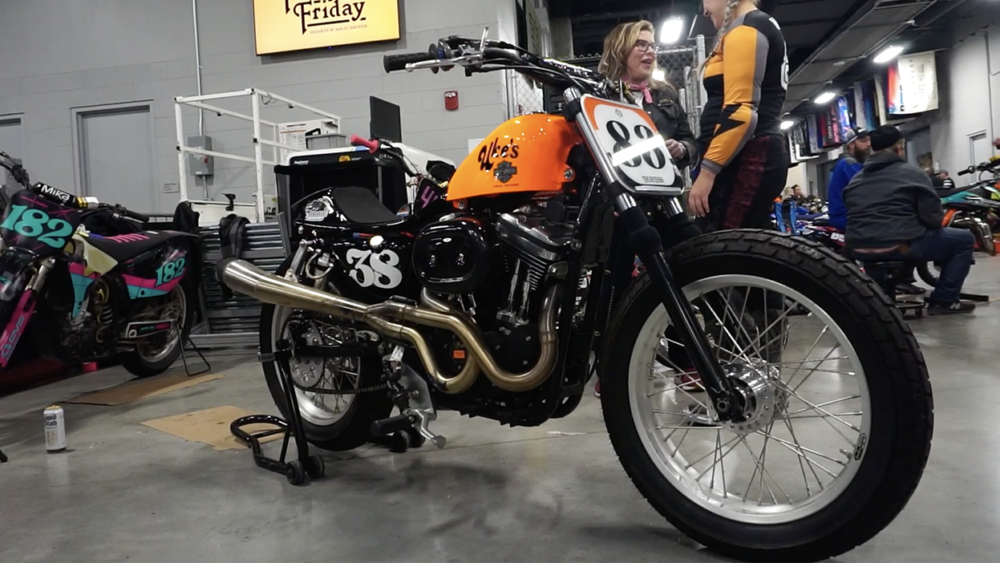 What’s more fun than flat track racing? The dirtier, less precise form of motorbike racing offers a ton of thrills and entertainment, mostly due to the distinct nature of the racing format. Flat Track bikes have front and rear suspension, but only rear brakes. The lack of front braking allows for a very different cornering technique, with riders drifting in one direction.

When we attended Flat Out Friday, we saw a ton of cool custom bikes, especially in the Hooligan class. The rapidly growing Hooligan class is unique in that racers ride bikes that aren’t designed for racing, making for some interesting battles.

Today’s race of the week is a Harley-Davidson Sportster 1200, a weapon of choice among many Hooligan classes across the United States. This particular one is from Uke’s Harley-Davidson in Kenosha, WI.

Although this beautiful bright orange Hooligan Flat Tracker is not fully custom, it has had some engine upgrades, a new carburetor, rebuilt lower end, suspension work and a new exhaust.