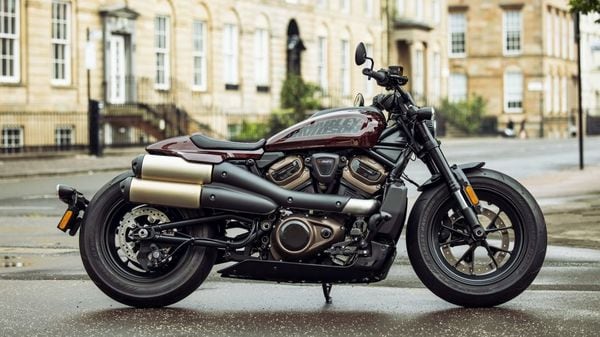 The motorcycle broke the hood of the Harley-Davidson 1250 Custom first. The company gave it a much more polished and intimidating outfit due to its muscular panels and meaty tires. It also incorporates a small entry fender that pays homage to traditional old-school bobbers. The way the high-mounted exhaust meets the short tail gives it the look inspired by Harley-Davidson’s XR750 flat tracker.

Part of its tool kit includes a 4-inch spherical TFT display screen compatible with Bluetooth connectivity. It also sports an all-LED lighting outfit with a Daymaker Signature LED headlight reminiscent of the unit found on the Harley-Davidson Fat Bob.

At the center of the bike is an all-new liquid-cooled Revolution Max 1250 engine. This 1,252cc V-twin engine delivers 121bhp of peak power, backed by 127Nm at 6,000rpm. The engine redlines at 9,500 rpm and features variable valve timing on the intake and exhaust ports.

The bike’s suspension gear contains Showa, which features 43mm inverted forks and a piggyback reservoir rear shock. While the front suspension will have a travel of 91mm, the rear unit offers a measly 50mm of travel. The motorcycle weighs 228 kg and had a gas tank capacity of only 11 liters.