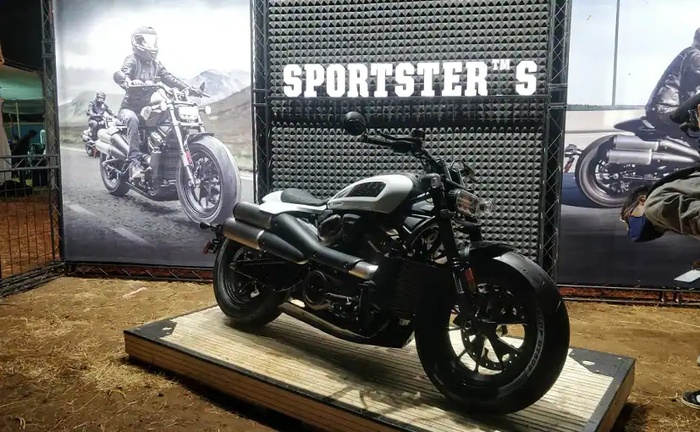 Harley-Davidson India launched the new Sportster S motorcycle during the India Bike Week 2021. Its starting price is Rs 15.5 lakh (ex-showroom, India). The Harley-Davidson Sportster S is the second model based on the new Revolution Max 1250 platform after the Pan America 1250. The new Sportster S is close to Harley’s origins and rivals the Indian FTR and others. It is also the second motorcycle to be launched following Harley’s partnership with Hero MotoCorp for operations in India.

The Sportster S gets its power from the same 1,252cc V-Twin engine tuned for more low-end torque, but produces less horsepower. The engine produces 121 hp and 127 Nm of peak torque which reaches 6,000 rpm. The bike redlines at 9,500 rpm. The engine comes with variable valve timing on both the intake and exhaust ports for sporty performance. Suspension duties are handled by Showa with 43mm inverted forks up front and a piggyback reservoir rear shock with remote preload adjustment. Suspension travel is limited, with just 91mm up front and 50mm of travel on the rear monoshock.
The Harley-Davidson Sportster S started life as the 1250 Custom and although the name is new, much of the styling has been retained. It looks muscular and beefed up with a short front fender and rear section, raised exhaust, while the solo seat takes inspiration from the Harley-Davidson XR750 flat tracker. The bike gets a 4-inch TFT instrument console and comes with Bluetooth connectivity. The bike also benefits from full LED lighting with the signature Daymaker LED headlight.

Upcoming models are the LiveWire and the Bronx Streetfighter