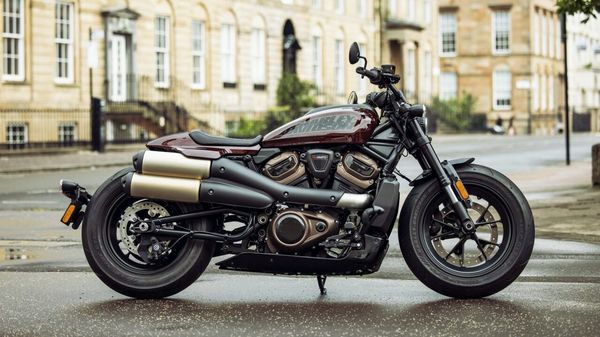 Harley-Davidson has already started pre-bookings for the Sportster S in India. The latest Harley-Davidson Sportster S was originally unveiled earlier this year. This will be Harley’s second major launch in India in 2021 following the launch of the Pan America 1250 adventure touring model.

Harley-Davidson India is ready to roll in the 2021 Sportster S today. Already launched in global markets earlier, the new Harley Sportster S will be the second major launch of the American two-wheeler maker in India this year.

At the heart of the new Harley Davidson Sportster S is the Revolution Max 1250T engine which also powers the Pan America 1250 Adventure Motorcycle. 121 hp and a maximum torque of 127.4 Nm. The engine should be mated to a six-speed gearbox, as in world markets.

To reduce the overall weight of the motorcycle, the engine is integrated into the motorcycle as the centerpiece of the frame. The use of lightweight materials made it possible to achieve the desired value for the specific engine power. With a full tank of 11.8 litres, the Sportster S weighs only 228 kg.

The 2021 Harley Davidson Sportster S is available in three colors in global markets, which include Midnight Crimson, Stone Washed White Pearl and Vivid Black. Expect the American two-wheeler maker to keep the same body colors for the Indian markets as well.

When it launches, expect the price of the 2021 Sportster S motorcycle to be somewhere around ₹13 lakh (former showroom).