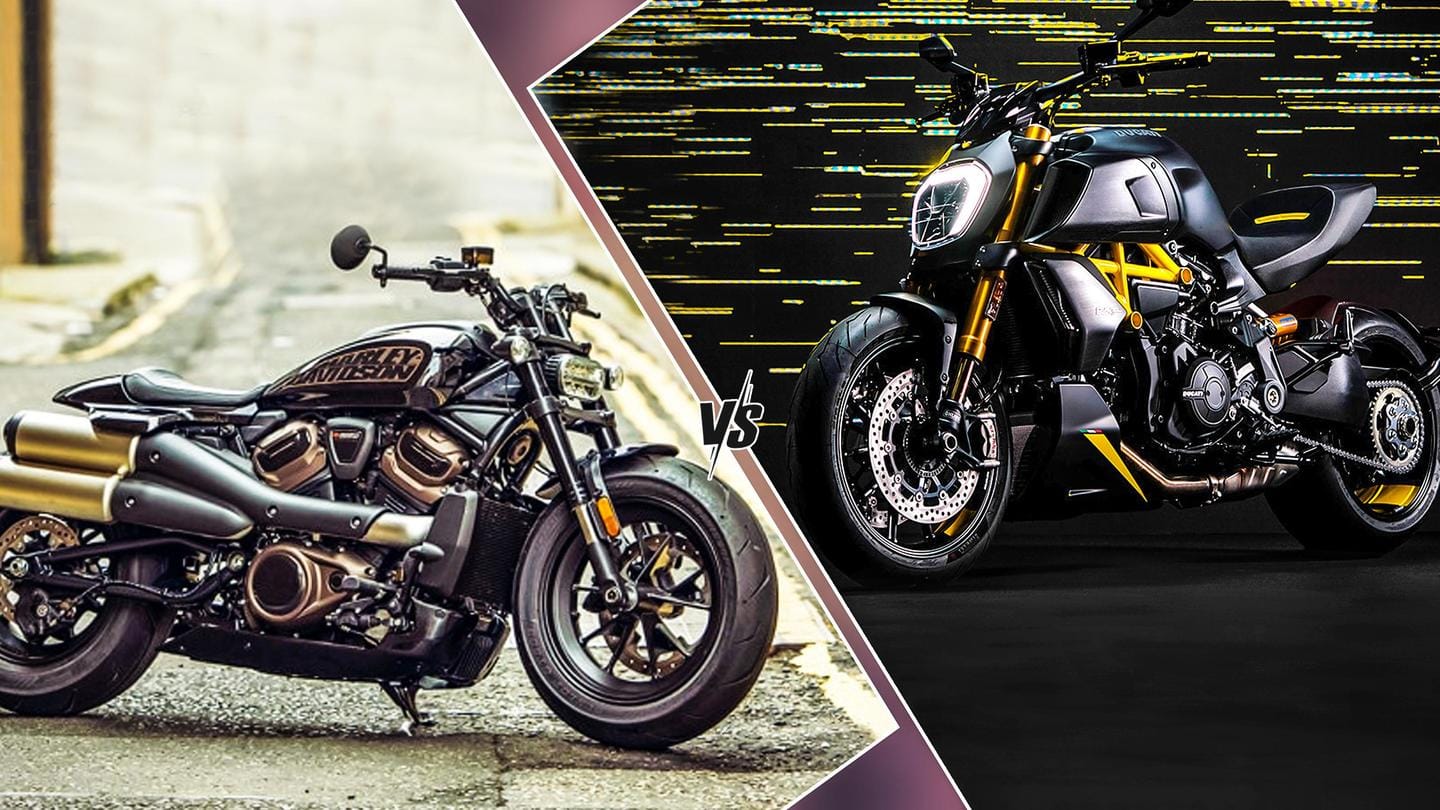 Harley-Davidson will launch its Sportster S motorcycle in India next month. As a reminder, it made its debut on world markets in July.

The two-wheeler has an old-fashioned design, has several electronic driving aids and operates with a 1,252 cc engine.

So in the Rs. 15-20 lakh range, should you buy the Sportster S or Ducati Diavel 1260 which is another great model?

Why is this story important?

The Sportster S is an important model for Harley-Davidson in India as the brand has ceased operations here and sells its bikes through Hero Motorcorp. The debut of the Sportster S will now increase competition in the market.

Meanwhile, the Diavel 1260 debuted here in June in two variations and continues to be an attraction for those looking for a high-end tourer.

Both bikes offer a full LED setup for lighting, black alloy rims, and a TFT instrument console. However, the Sportster S has a larger screen and offers Bluetooth connectivity.

The Diavel 1260 has a longer wheelbase

The Diavel 1260 has greater power output

Harley-Davidson Sportster S is powered by a fuel-injected, liquid-cooled 1,252cc engine that generates a maximum power of 121 hp and a maximum torque of 125 Nm.

The Ducati Diavel 1260 draws its power from a liquid-cooled 1,262 cc twin-cylinder mill which develops a maximum power of 162 hp and a maximum torque of 129 Nm.

A 6-speed manual gearbox handles transmission tasks on both motorcycles.

Both bikes have an inverted front fork and ride modes

In terms of safety equipment, Harley-Davidson Sportster S and Ducati Diavel 1260 have disc brakes on the front and rear wheels, as well as cornering ABS, cruise control, traction control and of several driving modes.

The suspension functions on both two-wheelers are provided by inverted forks at the front and a mono-shock unit at the rear.

Which one should you buy?

The Harley-Davidson Sportster S is expected to cost around Rs. 15 lakh, while the Ducati Diavel 1260 is priced at Rs. 18.49 lakh for the standard variant and Rs. 21.49 for the S model.

Our vote is in favor of the Sportser S because it offers better looks, more technology and great performance while being slightly more affordable.

Harley-Davidson Sportster S to be launched at India Bike Week