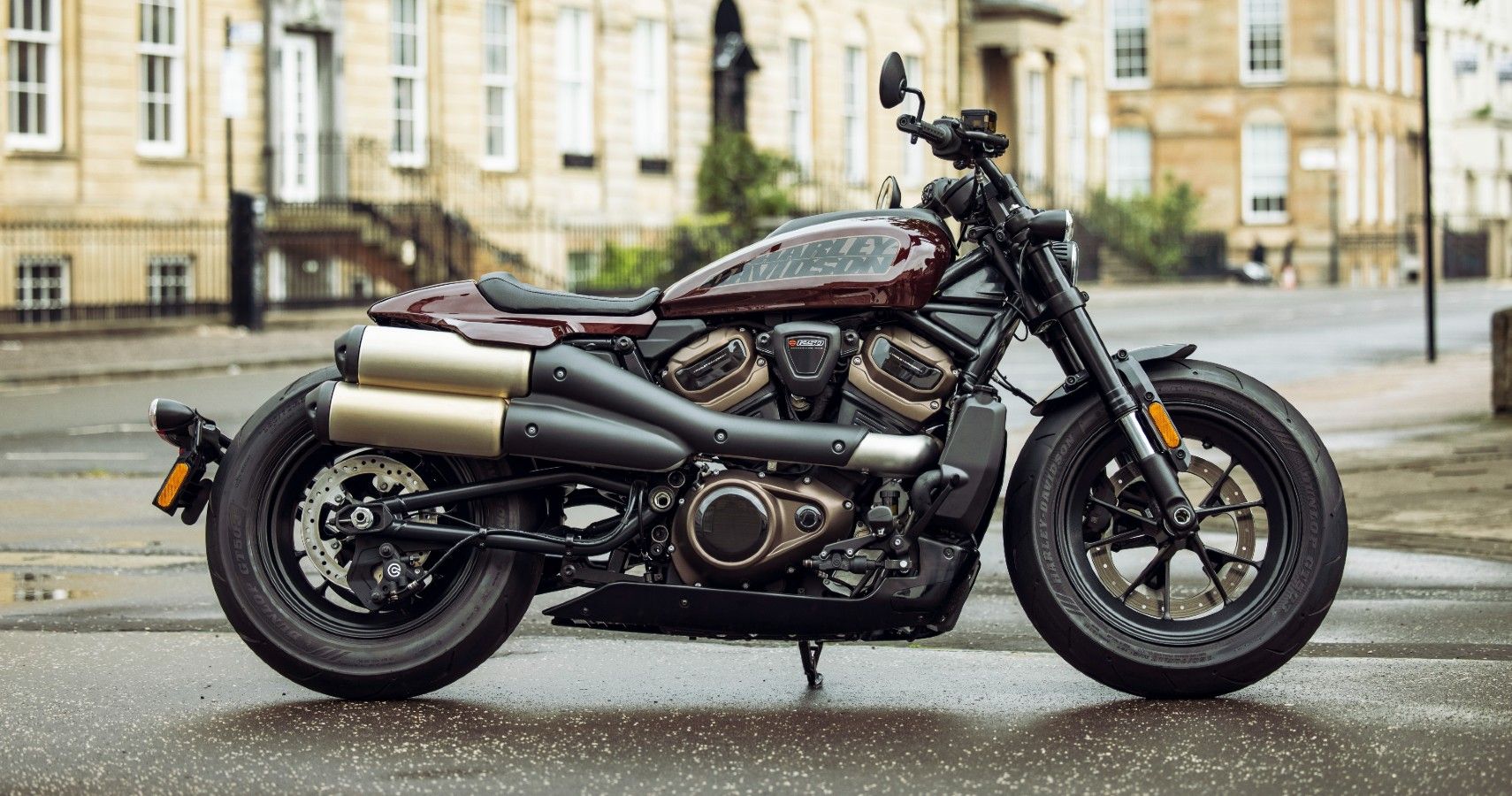 Since its introduction in 1957, the Harley davidson Sportster has continued to appear in the brand’s range. Sporting a sportier setup than some of the company’s larger, long-haul-oriented models, the Sportster is smaller, more agile and

a good walk in town or on narrow side roads.

However, despite its name and intention to be a better-performing Harley, the Sportster didn’t quite live up to that description. The iron-block V-Twin engine, whose design dates back to the early 20th century, along with an undercarriage that was more suited to a boulevard cruiser than a canyon sculptor, the Sportster fell behind in as models like the updated Indian Scout has gained a foothold in the market.

But with the introduction of the 2021 Sportster S, Harley-Davidson has created a bike that has the performance, style and technology to live up to its name and move the brand forward into the 21st century.

Let’s see why the 2021 Harley-Davidson Sportster S is so different from previous versions.

The original Sportster was missing in some areas

The original Sportster entered production in 1957 with the model designation XL, which would have meant Extra Light or Experimental Lightweight. Using the famous 45 degree V-Twin, it was designed to take on the British models that were gaining popularity with their sleek and lightweight designs. And at the time, the XL Sportster was just that. Unlike the heavier, bulkier bikes that Harley-Davidson produced, the Sportster had athletic intentions and when released was more powerful than its British competitors.

A hallmark of the Sportster’s styling was its peanut-shaped fuel tank, which continued in production through the turn of the 21st century and today lives in Iron models still manufactured by Harley-Davidson. And although it was designed to outperform its siblings, the Sportster still retained the classic All-American Harley-Davidson look, with a low-slung appearance, angled forks, and lots of exposed metal. It was truly like a bike born and raised in Milwaukee, Wisconsin, made by hard-working Americans.

Despite being Harley-Davidson’s performance-driven model, over the decades and the arrival of a new century, the Sportster began to fall behind its competition. The limitations of its heavy engine and outdated chassis became apparent no matter how many suspension updates or brakes were added. Now, as we move into the second half of 2021, the Harley-Davidson Sportster S has arrived to mark the start of a new era.

The 2021 Sportster S has a muscular design

When you first see the new Harley-Davidson Sportster S, it is bursting with American muscle. The engine, now a 60-degree liquid-cooled V-Twin, is reminiscent of a classic hot rod engine. The bike looks almost smashed into the sidewalk, with a low profile designed to ride the streets.

But it’s not just about style with the new Harley-Davidson Sportster S. The bike is a completely new design after more than 50 years of the original Sportster more than cruiser-based. The old model held up year after year with a traditional 45-degree air-cooled V-Twin, which, whatever modifications were added, was more suited to slow trips than revving up to the moon.

There are Brembo brakes up front and rear, a raised exhaust that makes all the right sounds, and a suspension tuned for performance and compliance. In addition, the 1250cc engine is a stressed part of the chassis, making the Sportster S a much stiffer platform than its predecessor.

The tech touches don’t stop there. There are three selectable drive modes – Sport, Road and Rain – which control the power delivered and improve traction depending on the conditions. Overall, the new Sportster S is a radical change from the previous generation.

The Harley-Davidson Sportster S has a powerful engine

Although the 45-degree air-cooled V-Twin engine has been the hallmark of the Harley-Davidson Sportster for decades, its performance is limited. The slow-revving iron-block powertrain is heavy, uses a valve system from the 1950s, and is simply not suitable for high-performance applications.

The new 1250cc V-Twin Revolution Max engine in the new Sportster S features the latest technology and is just as comfortable exploring city streets as it is hitting country roads. Using DOHC cylinder heads with four valves each and variable valve timing, the Revolution Max is a decidedly modern engine that produces a wide range of torque while still being able to rev up for that last bit of power.

The 2021 Harley-Davidson Sportster S is a welcome update and, in many ways, a revolutionary model for the brand. Taking what has always made the Harleys special – the sound, the looks and the heritage – and adding the latest and greatest technology makes this a special bike.

For many, this coupe variant from the 124 collections has become particularly large due to its bright sporty styling and inline six-cylinder engine.

Mark Reif has been a car enthusiast for most of his life. Fascinated by cars of all shapes and sizes from a young age, he studied industrial design, which gave him a better understanding of different automotive ideas. It also follows racing series such as Formula 1, IndyCar and endurance races, enjoying the spectacle of the world’s most technological cars competing in the coolest venues. He stays on top of all the latest automotive trends and new models, and how each manufacturer continues to improve their products.

Voodoo’s Bizango RIB stretches and slackens, but maintains a fun and agile character