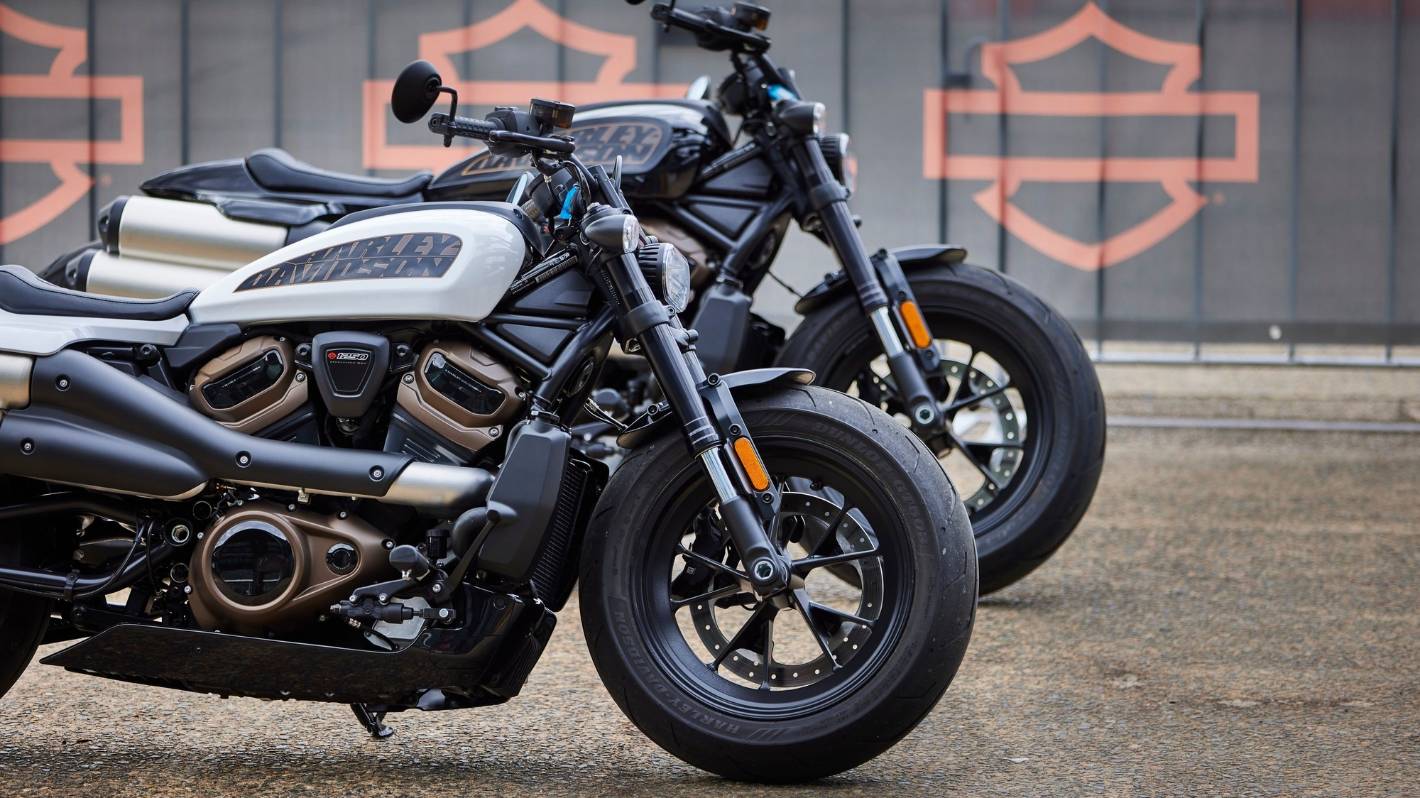 Harley-Davidson has launched its fully updated Sportster before sales begin in January, bringing a new look, a new engine and an extra letter to the sportiest of Harleys.

“The Sportster S is the next all-new motorcycle built on the Revolution Max platform and sets a new performance standard for the Sportster lineup,” said Harley-Davidson President and CEO Jochen Zeitz.

This new Revolution Max platform features a 1250cc engine developing 90kW and 127.5Nm of torque. It revs too, peaking at 9500 rpm, thanks in part to special camshaft profiles and variable valve timing.

Harley-Davidson has also made the engine a stressed part of the chassis, reducing weight to 227kg and improving balance and handling. It’s a Sportster, after all.

There are also a lot of visual changes. A fat front tire recreates the look of a classic bobber, while a high-mounted shotgun exhaust and unique saddle give the profile a mean look, seemingly inspired by the XR750 flat-track racer. The inverted front forks should also provide decent handling.

The footpegs are mounted quite far forward, in typical Harley style, but with a shorter set of handlebars also bringing the rider’s head forward, the riding position feels quite odd. It will be interesting to see how comfortable this is in real life.

As for the technology, the Sportster S has three driving modes (Sport, Road and Rain), which modify the output of the engine and the severity of the traction control. Two custom modes can be configured to combine different settings.

Long-term test on a Sportster