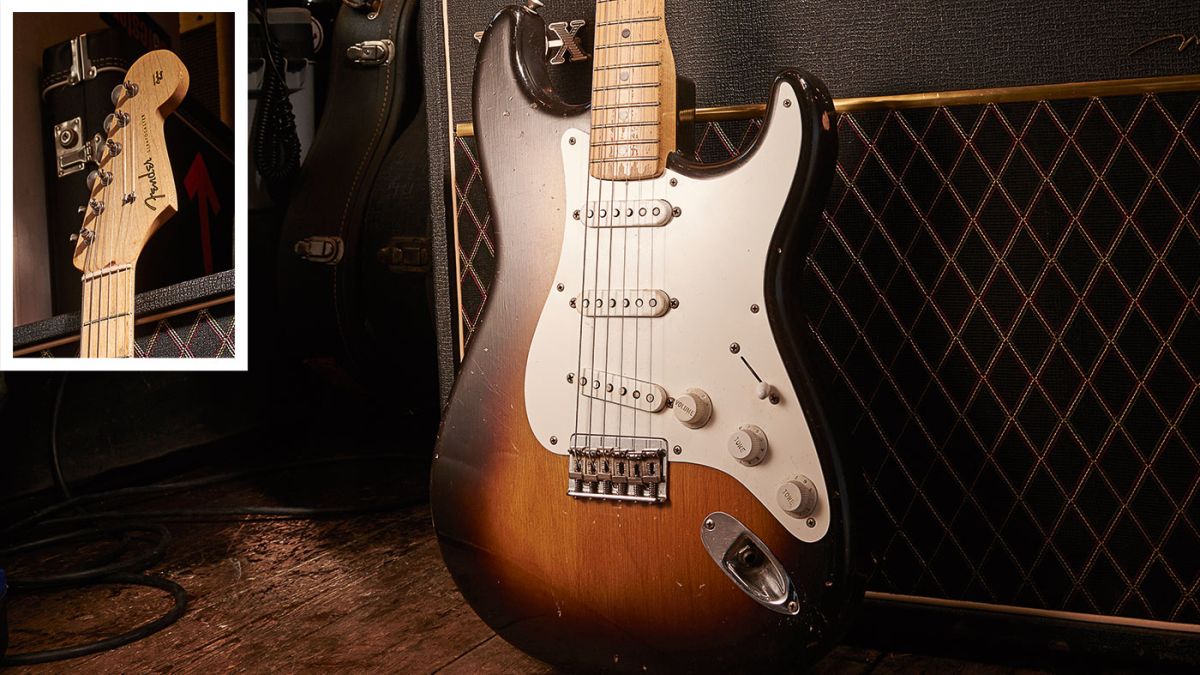 When the Fender Stratocaster first came out in the spring of 1954, one of the standout features of its futuristic design was its vibrato unit.

Today, of course, everyone knows the balance between spring tension and string tension that has made some of the classic guitar moments of rock’n’roll and many have tried to revise and improve the initial design of Leo.

But for many, only the original will do and it’s a system that has become synonymous with both the look and the sound of the instrument for decades. So, it was perhaps a surprise when, in March 1955, the first models without vibrato started to appear on the market, Fender perhaps wisely thought that, for some players at least, the twang was not necessarily the trick after all.

We do not have the exact figures of the number of RIBs manufactured at the time, but even today they are relatively rare. When you add the allure of a vintage model such as the Sunburst example from 1956 that we have here, you are talking about a very rare breed.

The Strat without vibrato has many followers, with its followers arguing that a perceived difference in tone (more focus, less shimmer) and the lack of fuss when tuning – anyone who has readjusted a Strat with vibrato will know only too well how cantankerous the device can be – only enhances what is, to them, the perfect electric guitar.

The example we have here is remarkably clean – just look at the lack of key wear, and the body looks like it’s been in careful hands all of its life, too.

It all adds up to being a very rare beast indeed and, who knows, that just might convert someone to the subtle charms of owning a hardtail very soon! Thanks to the New Kings Road Guitar Emporium for sharing this great example with us.