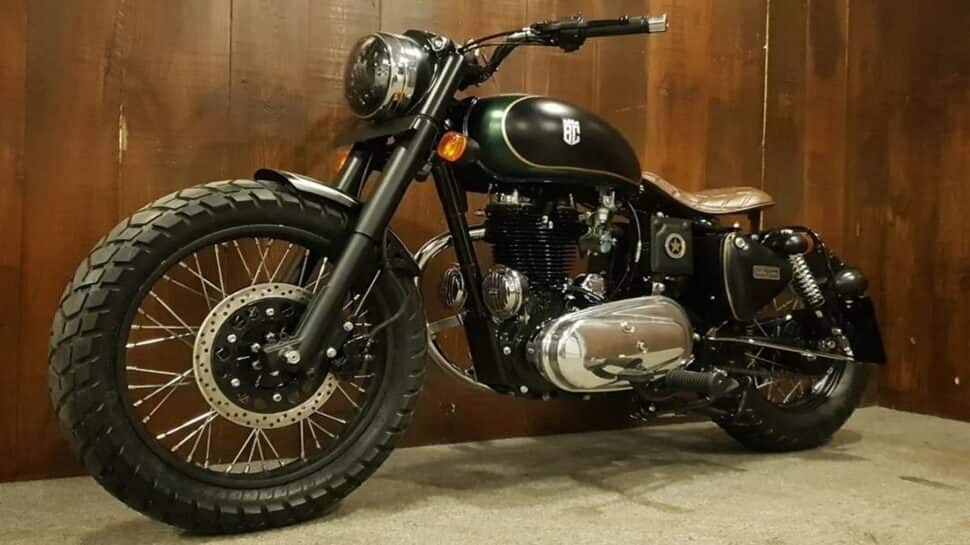 In India, Royal Enfield motorcycles are used in many projects due to their relative heritage, fan following, simple architecture and ability to be easily repaired. In the foreign market, too, this trend is gaining momentum.

In our latest file, we present to you a magnificent bobber made from a modified Royal Enfield motorcycle. Bulleteer Customs designed and built this bike, which features many design changes. Up front, we see an aftermarket LED headlight, small front fender, and large turn signals.

In addition to custom logos, the fuel tank has gold stripes. In the back, a single seat was custom made in tan leather with diamond patterns. Custom logos are also present on the airbox and side boxes. A swingarm-mounted rear fender has been added to the bike’s frame at the rear section.

A custom paint job is also applied to the bike, with shades of emerald green, dark green and black. A black paint job has been applied to the engine cylinder, while the engine housing, gearbox housing, etc., are all polished in bright chrome. It is powered by a cast iron engine as it is an older model Royal Enfield.

However, many Royal Enfield riders still believe that the older, less technical models are the best. There were 350cc and 500cc cast iron bullets, both of which were difficult to maintain and operate, but produced a thumping sound that appealed to enthusiasts.

Struggling with debt? Four ways a debt consolidation loan can help you