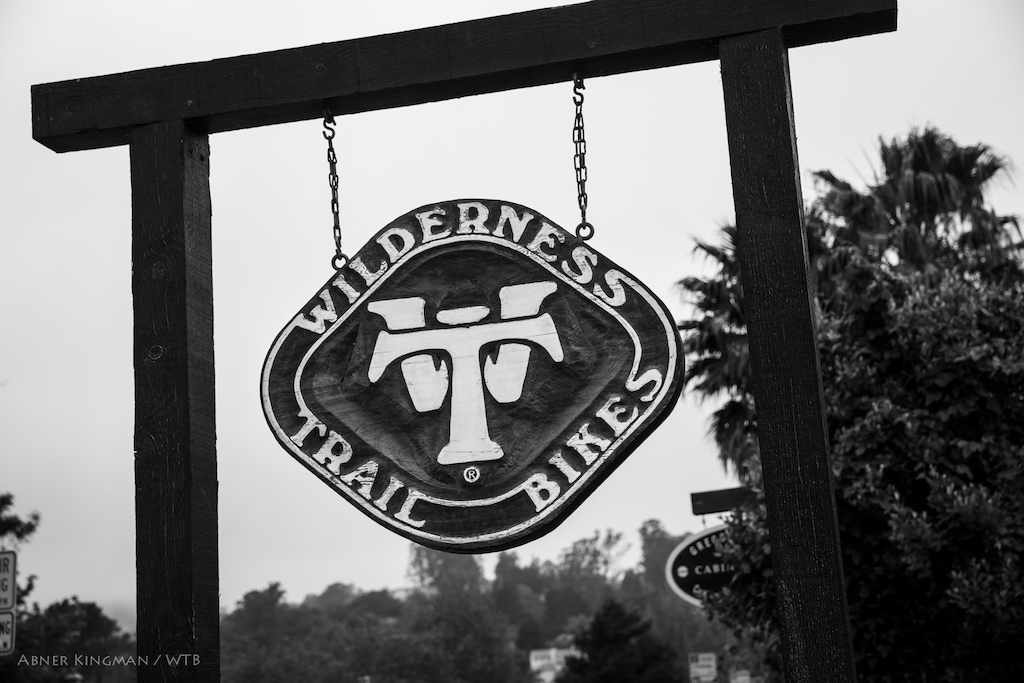 Old School: A Look at the WTB with President Patrick Seidler

The notes of my 1.5-hour conversation with Patrick Seidler, president and half-owner of Wilderness Trail Bikes (WTB), represent my desperate attempts to keep pace. Exclamation marks, non-ending sequiturs and a lot of “what ..?” ” and “?” meant I had to go back, clarify.

Seidler, 58, is an intense presence and you’d rather be on this side. Here in the modest offices of WTB’s world headquarters in Mill Valley, promotional posters from the 90s for the components fly over the library’s titles which include “Nixon in China”, “How to Manage” and a plethora of technical manuals on the components. tires and rims with post-its flourishing on the long and short edges, turning them into little paper tricerytops ”. Later, he’ll come around the table and regale me with highlighted tire pressure charts, and it’ll remind me how much I hate math. It seems important to him that I understand – him teacher, me student in difficulty – but futility jumps out at him and we move on.

I worked with Patrick for over ten years, but always on the road advocacy side. He is a relentless and relentless promoter of cycling infrastructure in Marin and has been instrumental in many of the accomplishments that have been made over the past 25 years. But why the road? Why not the mountain?

“I grew up cycling all over Mount Tam, like everyone else. When they tried to shut it down in the early ’90s, I worked with Jim Jacobson and the Bike Path Board to roll back. We had a few wins, but mostly losses. “

“She was the epitome of a wolf’s garment in sheep’s clothing, but she was married to a man who wrote a book about biking in Marin.” This wolf still stalks sheep on two wheels today, and Seidler is not exaggerating its toxicity.

“In 1997, we decided there was no return on investment with offroad advocacy. We were disgusted with the conversation. The name calling, the insults, it was hostile and exhausting. When they said I was just trying to sell more bike stuff, I was outside.

But he wasn’t really outside outside.

In a maneuver of grandeur seasoned with equal parts idealism and youthful pride, Seidler determined that the best way to solve this problem was to get everyone on bikes. Everyone, everywhere, for everything. He had been to Japan, had seen huge bicycle parking lots in train stations and in cities. He repeats with conviction and enthusiasm that the bicycle is the most efficient machine, the most efficient means of transport ever designed.

“Our goal was to get so many people to cycle that they have to open all the mountain trails! But it was a heavy burden. With a nod and half a smile, he admits he never thought it would take so long or be so difficult.

“We made Kool Aid, then we drank it – saving the planet, the human connection, the mobility, the environment – all of that. It’s ironic that the workaround has become the end goal.

WTB has very strong partnerships as well as loyal and long-standing employees. Mark Slate, co-owner of WTB, is one of the original founders and an inaugural member of the Mountain Bike Hall of Fame. Slate is legendary in the industry for his innovative designs, and he and Seidler forged a brotherhood while growing their bike business from the garage to a global brand.

Susie Weaver, Corporate Affairs, has been with the company for 27 years, Fred Falk, Director of Operations – 29 years. Gary Gleason, global sales manager, 23. The long list goes on. Local, state, national and intergalactic mountain biking star Mark Weir has been the face of the brand for 20 years. And really, take a walk in your garage. Chances are one or more of your bikes have some sort of WTB, and they won’t be slowing down anytime soon. With a new factory in Shenzen, China, where WTB has a majority stake, and offices in Nevada City, California, Pilzen (Czech Republic) and Taipei (Taiwan), you’ll see as much or more of this iconic brand as Seidler repeatedly calls “the last of the Mohicans here in Marin”.

As he begins to ramp up again, determined to convey the intricacies of industrial processing, I boldly cut him off, and not for the first time.

“What makes you happy?”

Its intensity drops a few levels, a visible softening.

“I like to travel, discover new cultures, see how they use the bike. Riding a bicycle makes people happy. Everywhere I go people on bicycles are happy.

I asked him if he was still doing dirt.

“I mostly ride to get around, but I always hit the trails. I just got kicked from the commute team to school – my daughter is that age where it’s not cool to ride with parents anymore. He shrugs his shoulders and adds that it’s not the first time he’s been uncool, he also has a 28-year-old daughter.

Seidler leaves for Taiwan the next day. Upon his return, he will revert to flogging elected officials and local agency staff over inconsistencies between plans, policies, resolutions, budgets and contracts for cycling infrastructure in Marin. He is happy with the work that has been done in defense of mountain biking in his absence, and hopes to bring some of his laser attention back in that direction in the years to come. Everyone cycling everywhere all the time. Never done, but closer. Much closer.