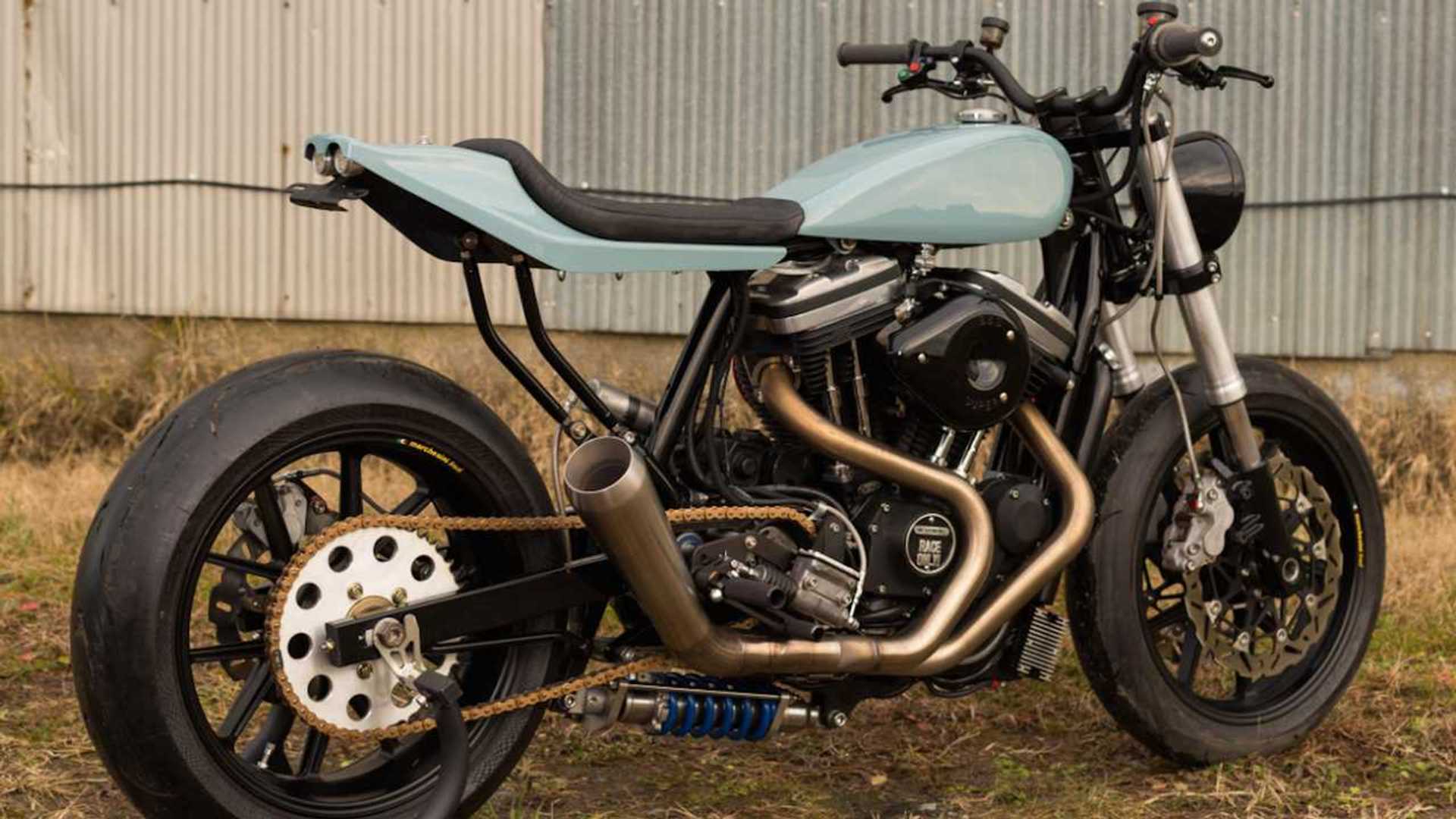 With the release of Indian’s new FTR1200, riders finally have the option of purchasing a production street tracker. Those who love orange and black, however, still don’t have the luxury of buying a legal road tracker, forcing them to give up or look for other more convenient alternatives. The latter is the path that builder Kevin Dunworth recently chose to take, turning a Sportster 1200 into a street tracker inspired by oval racers.

Until fairly recently, Dunworth operated under the banner of Loaded Gun Customs; a reputable Delaware-based outfit well-known in the customs scene. The boutique’s work has been featured in a plethora of magazines, covered by Complex, Silodrome, BikeExif, ROTCR, HotBikeWeb, CyrilHuzeBlog, and has appeared on the Discovery Channel. Naked speedsquire Key against the machine, and several seasons of Velocity Channel Cafe Racer TV.

More than just an exercise in style, Dunworth wanted the hunted Sportster to be an artist. So he called S&S, explained his plan, and got himself a significantly more powerful engine, ensuring that the power would be there for sure. Then he started cutting out the original Sportster chassis, making a number of fairly significant structural changes. Dunworth also concocted a unique swingarm made of Chromoly connected via a suspended mount by means of a Race-Tech monoshock. This layout is similar to the configurations on older Buells. The build’s new USD forks, which required considerable custom work to piggyback onto the Harley, were ripped from Kawasaki’s ZX7R before being stuffed with new Race-Tech internals.

A new rimless subframe now supports a Saddlemen fiberglass follower tail, topped with a custom stitched seat pad. All of the accessories under the tail have been stowed away, moved or removed, creating an incredibly clean and clutter-free area under the seat. This gives the build a more modern look while also drawing the eye more to the beefy street tire at the rear. The rear finish is a pair of side-by-side circular taillights sunk into the rear of the bike, much like the taillights of early GSX-Rs. Meanwhile, up front, instead of the traditional tracker-style license plate, Dunworth opted for a classic round headlight.

Much like Indian’s FTR1200, this HD 1200, (or â€œXG1200Râ€ if you will), is definitely sportier than any other machine out there coming out of the Milwaukee factories right now. And you might see more of this build in the near future, as Bell Helmets recently photographed this tracker for use in some of their upcoming marketing materials. Now, if only we could get Harley to build something that was half that skillful, then we would cook on gas.

Pictures: Photograph by Scott Bradley via the silodrome

It was once an Indian Scout Bobber, we promise