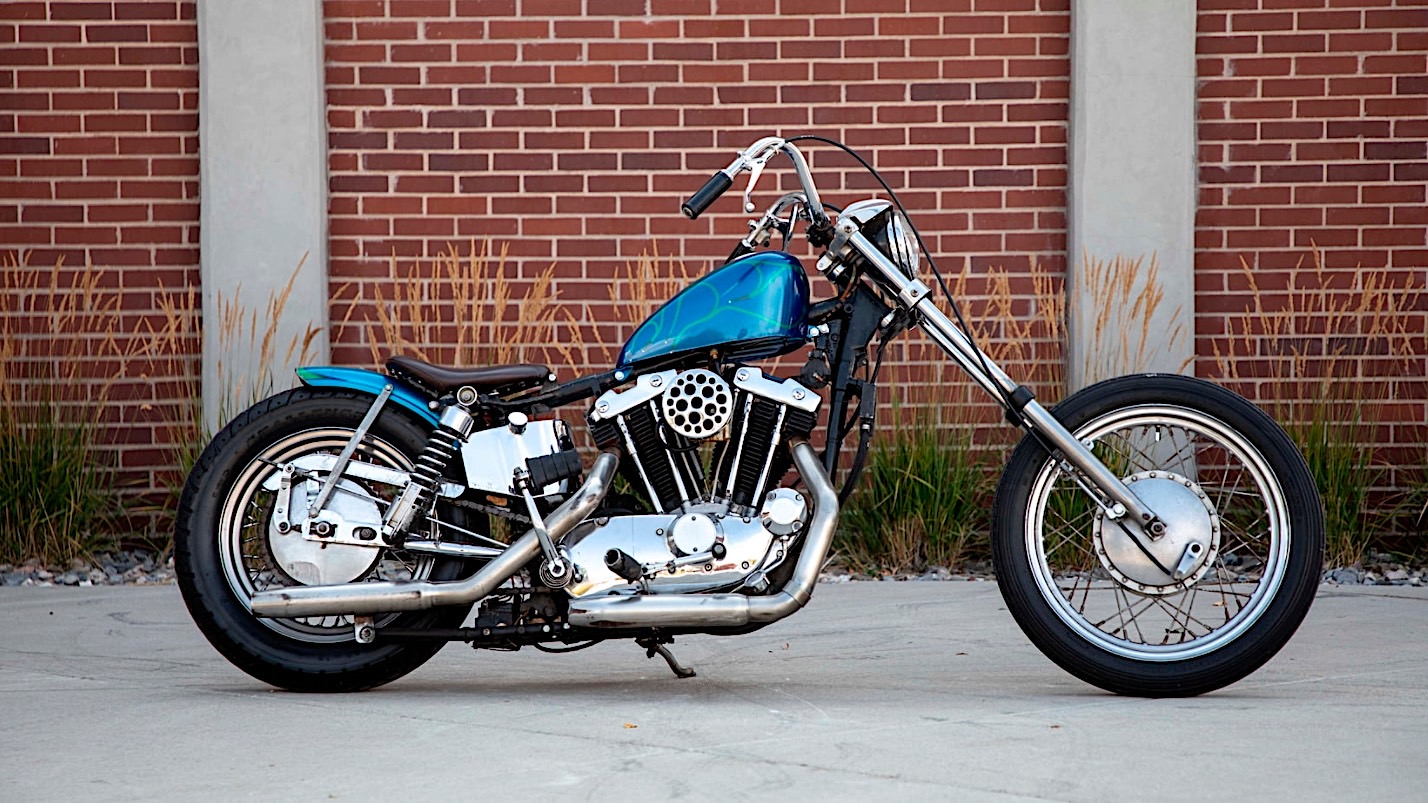 It’s been a tough year for fans of custom motorcycles, who just like car enthusiasts haven’t had any major dedicated events in 2020 – except, perhaps, for Strugis. But it’s more of a festival and less of a building display, so new stuff was pretty much rare.
The coming year promises to mark a relative return to normal. That means we’ll probably have all those juicy gatherings like Mama Tried, Congregation, or Born-Free again. Before that happens, the year opens with the Mecum Las Vegas Motorcycle Auction at the end of January.

As usual, the auction house is flooding the market with old, vintage, rare or custom constructions. A total of 1,750 bicycles are offered for sale, alone or as a collection.

The Legends Motorcycles Museum in Springville, Utah is an important example of these bicycle exhibits. It includes 36 motorcycles belonging to the museum’s Rick Salisbury, and the 1971 Harley-Davidson Sportster chopper seen here is one of them.

Harley started making Sportsters in 1957 and introduced them to the wild four-stroke, V-twin engines, first from the Ironhead family and then using the famous Evolution. Like all other Harleys, it was quickly adopted by custom shops and turned into different things entirely.

The one we have here pays homage to custom choppers from the 1970s. Its angled construction makes it look aggressive, but not as long as other bikes in the segment. It also looks extremely cool, thanks to the custom warm blue fuel tank (hinting at a Larry Indian build) and rear fender complementing the chill of the exposed engine, exhaust, and wheels.

Mecum doesn’t give any technical details about the two-wheeler, and he doesn’t venture to guess how much it should fetch. What is worth noting is that the helicopter goes unqualified.