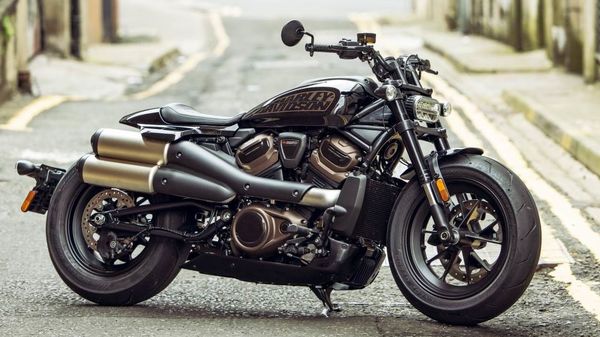 Reservations open for Harley-Davidson Sportster S in India, launch by end of 2021

Harley-Davidson Sportster S is expected to hit the Indian market later this year. Now the company has officially started reservations for the new model in India ahead of its launch in the coming months.

The new Sportster S will be Harley’s second major launch in India in 2021 following the debut of the Pan America 1250 adventure touring model.

It will be based on the new Revolution Max 1250 engine from the Pan America 1250. Although the engine is tuned a bit differently for the new Sportser S model.

For the record, the new Sportster S had previously made an appearance as the Harley-Davidson 1250 Custom. It comes with very polished and intimidating exteriors with muscular panels and meaty tires. It also benefits from a short front fender with looks inspired by classic old-fashioned bobbers.

Some of the main features of the bike include a 4 inch round TFT screen that can be paired with a smartphone using Bluetooth connectivity. Other highlights of the bike include its full LED lighting package with a Daymaker Signature LED headlight with a Fat Bob inspired look.

For suspension tasks, the bike uses Showa, with a 43mm inverted fork and piggyback reservoir rear shock. The front shock absorber has 91mm of travel, while the rear unit only has 50mm of travel. In terms of weight, it tips the scales at 228 kg with 11 liters of fuel tank.