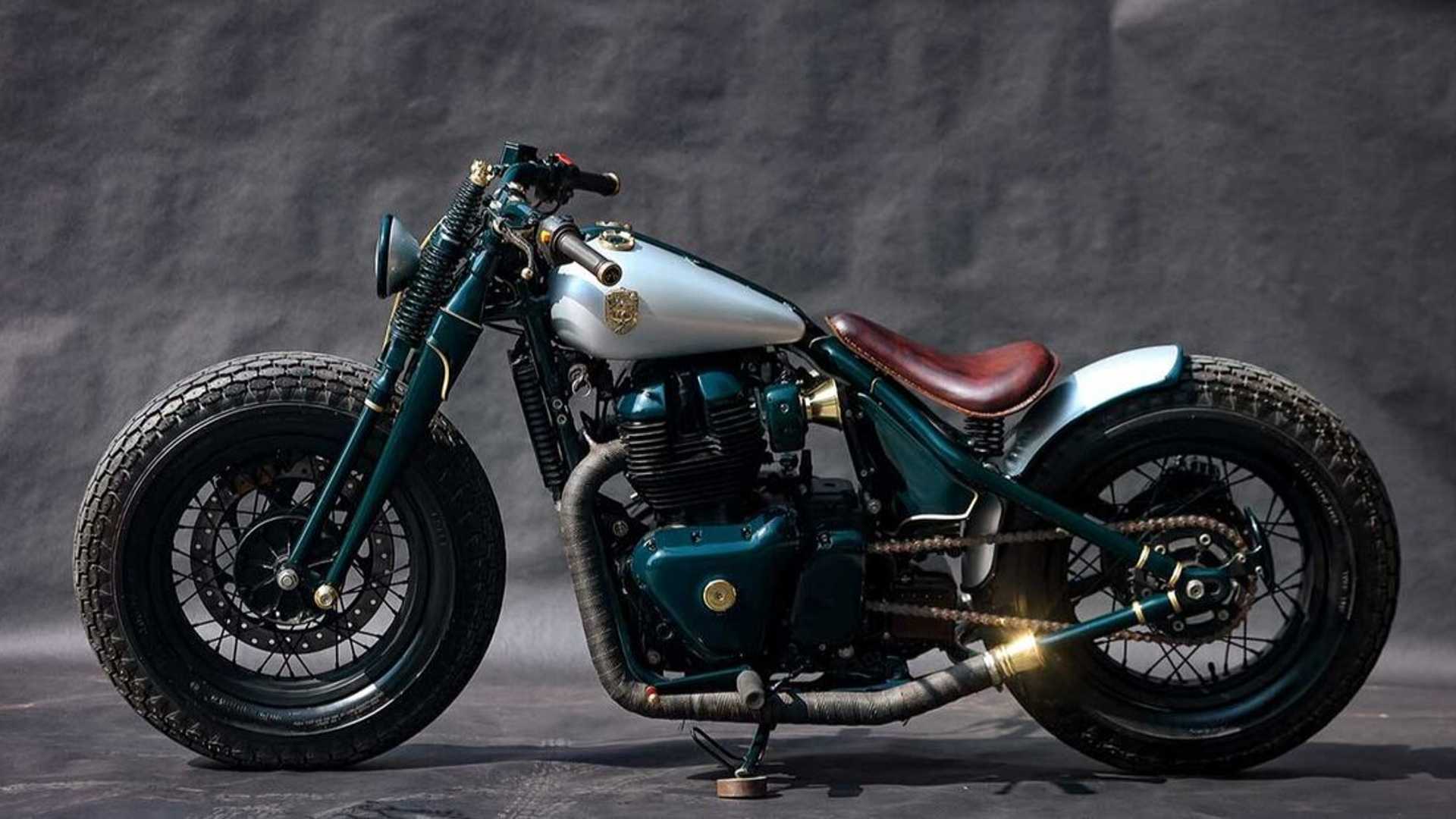 Rajputana Customs built a bobber, but it’s a real one, unlike the modern machines you see like the Triumph Bonneville Bobber. Granted, the Bonneville is still a great bike, but its rear suspension calls its name into question since traditional bobbers don’t have the luxury of rear suspension. If you thought the bike was going to rock a bobber, just hop on a real one and you’ll do the bobbing.

Based in India, Rajputana Customs specializes in customizing motorcycles for the Indian market. On his site, he offers a few bolt-on kits for Royal Enfield motorcycles as well as brass components, seats and other body parts that have a particularly ornate design language. Besides that, they also have caps and other products that you can check out.

To create a real bobber build, Rajputana worked on a Royal Enfield Interceptor 650 and built a real old-school bobber with the absence of a set of rear springs and a reworked front suspension. The only things left of the Interceptor are the steering head, frame loops and a section of the top tube as well as that 648cc parallel-twin engine that has certain specific sections colored with a shade of dark green. The frame also ditches its boring black paint for the same shade.

In order to turn the Interceptor 650 into a real bobber, some sacrifices had to be made. The frame is totally different from the stock bike, with the understanding that Rajputana had to remove the entire rear section of the frame in order to remove the twin springs and swingarm to achieve its authentic bobber rating.

Other notable parts on the bike include a loud exhaust “system” and I say “system” lightly because it’s basically a pipe that’s been hot wrapped with some nifty gold finishers at the end. The seat is also suspended, so you’ll likely end up with a sore back instead of a broken one after a long ride, so it’s not entirely devoid of flex. The engine internals are pretty much intact except for the intake train which gets funnels and inserts also finished in gold and the large amounts of trim on the engine and body which is once again stained in gold. Rajputana customs seem to appreciate ornate hardware, and the devil is in the details.

Now that’s a bit of a backbreaker, and it’ll probably be a challenge to take that canyon carve on a bike, however, Rajputana’s dedication to making a true bobber-style bike is remarkable simply because it’s rarely done from These days. A real bobber without rear suspension is reminiscent of old Harley-Davidsons. Rajputana had to do some grueling work for a back breaking motorbike but besides that he is also a daredevil don’t you think?