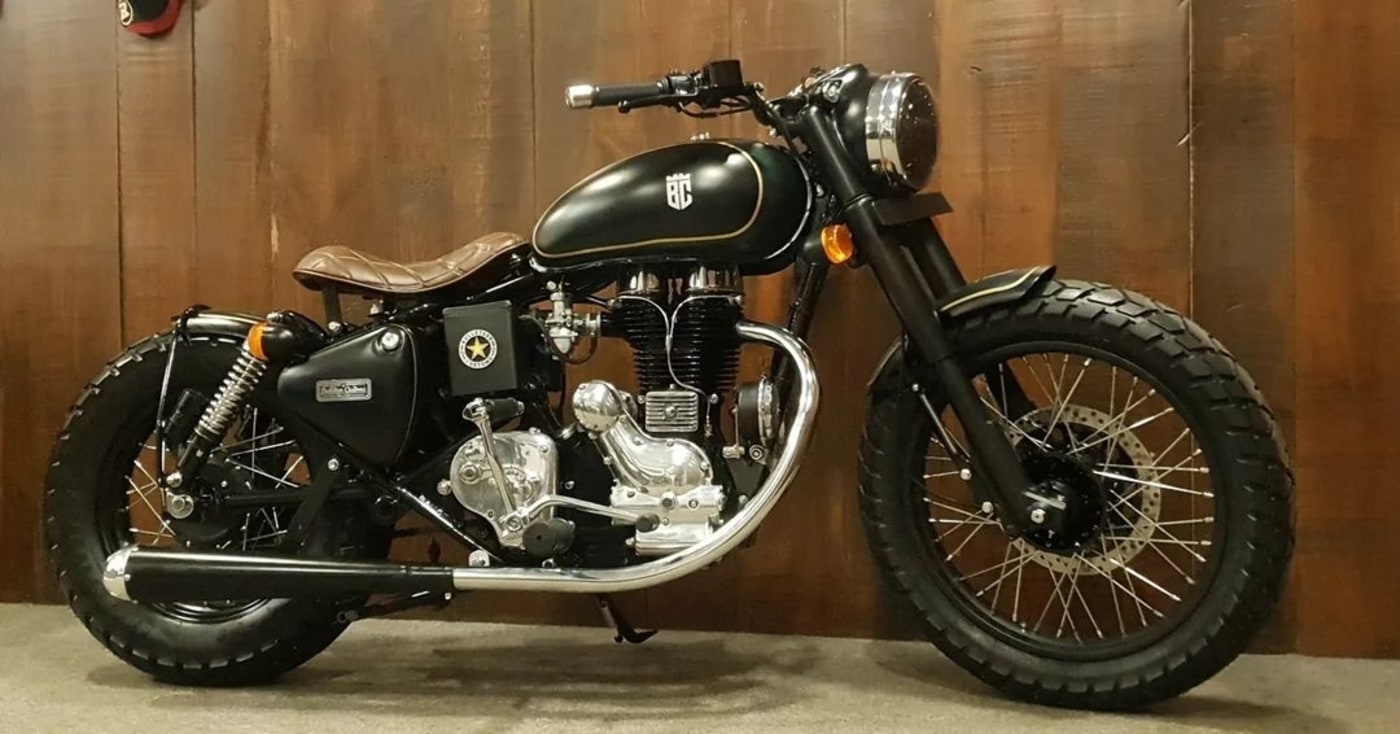 Check out this custom Royal Enfield bobber, built by Bulleteer Customs, which is based on an older Bullet with a cast iron engine

Royal Enfield is the Indian market leader in the mid-size motorcycle segment. The brand has a large number of fans in our country, thanks to its rich heritage. Additionally, there is a solid aftermarket support available for its motorcycles, and as such customizations and modifications are extremely common among RE bike owners.

Here we bring you such a modified Royal Enfield motorcycle, which has been transformed into a magnificent bobber. Built by Customs Bulleteer, this bike has many changes in design. Up front we see an aftermarket LED headlight, as well as the Royal Enfield tiger eyes. We also see a small front fender and large turn signals here.

The fuel tank receives custom logos, as well as beautifully designed gold stripes. Stepping back, we see a unique bespoke seat, in beige leather with diamond patterns. The airbox and sideboxes also get custom logos, which look extremely cool. The frame of the bike has been modified at the rear part and here we see a rear fender mounted on a swing arm. 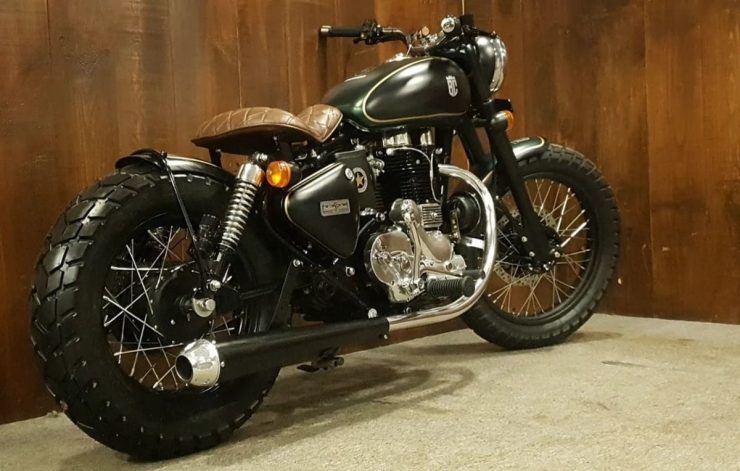 The rear suspension consists of two gas rear shock absorbers, which are finished in black and chrome. The rear turn signals also consist of large amber bulbs, which add an old-school touch to the design. The motorcycle is equipped with spare wire spoked wheels at both ends, shod with block tires. The license plate holder and taillight are now mounted on the left swingarm.

The bike also receives a custom paint job, with shades of emerald green, dark green, and black. As for the engine, the cylinder was painted black, while the crankcase, gearbox, etc., were all polished in high-gloss chrome. Here is an old Royal Enfield Bullet, powered by a cast iron engine. 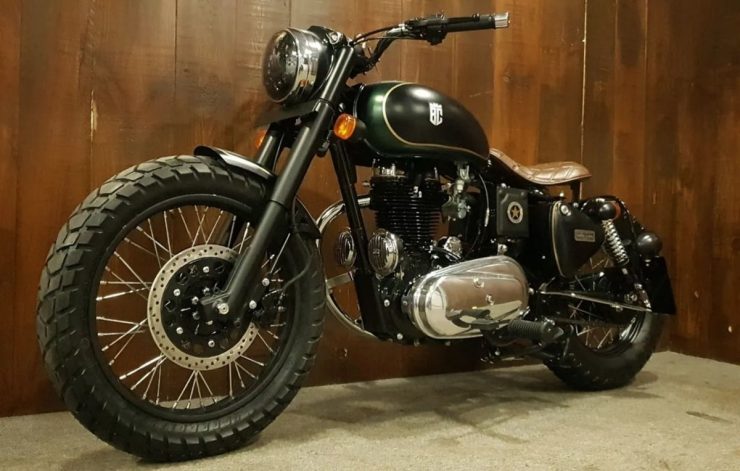 Although Royal Enfield is now turning to modern technology, many believe that the older, relatively technology-free models were the best. The older cast iron Bullets, available in 350cc and 500cc engine sizes, were difficult to operate and maintain, but had a muffled sound that resonated in the hearts of enthusiasts. Overall, we’re completely won over by the styling of this custom Bullet RE-based bobber.

Here are the benefits of worm and bobber fishing