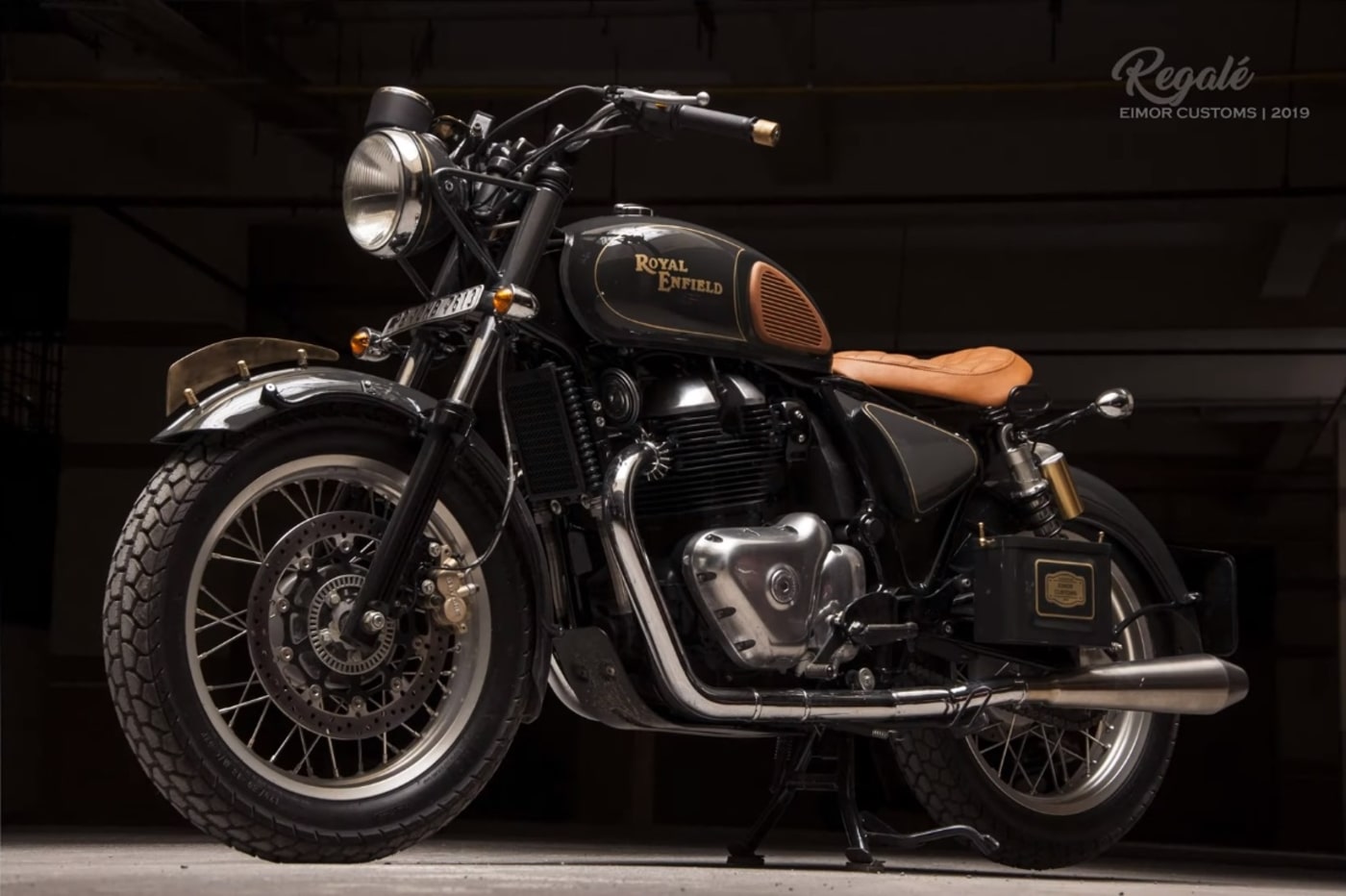 Check out this beautiful custom built Royal Enfield bobber, based on the RE Interceptor 650

Royal Enfield motorcycles are very popular among motorcycle enthusiasts and the brand enjoys cult status in India. In 2018, Royal Enfield launched the 650cc Interceptor and GT650 in our market, and that too at a great price! Needless to say, for people looking for a larger displacement motorcycle, Royal Enfield offered one of the best options on the market.

Of course, like other Royal Enfield motorcycles, many modified examples of 650cc twins began to appear, with people pouring all their creativity into their custom creations. Here we have another such example – a custom bobber based on the Interceptor 650. This particular model was built by EIMOR (East India MOtorcycle Revolution) and is called “Regale”.

Up front, we see a custom headlight, along with a new single-pod instrument cluster. The handlebars are stock though, as are the levers and switchgear. The front fender is also new and features a longitudinally mounted license plate (just for show). The fuel tank has also been redesigned and gets a custom filler cap and knee pads.

The long one-piece seat was removed and the frame was also cut. In its place, a new bobber-style seat was added. The rear suspension has been repositioned, as well as the battery box and the air filter. The bike also gets a new taillight, mounted in a corner of the rear license plate. Even the indicators are new, front and rear.

A tool box has also been added here, just like on old school motorcycles. Apart from that, this one also gets a new stainless steel exhaust system. The bike was painted in a custom gloss black, with a ‘Royal Enfield’ logo on the tank. Overall, this modified Interceptor 650 looks extremely nice. 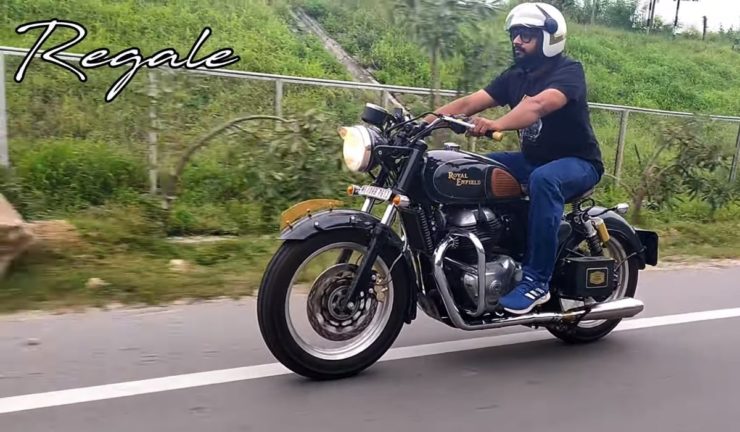 Except for the exhaust, there doesn’t seem to be any change in the engine department. Even the brakes and suspension are unchanged. This bike’s 648cc parallel twin engine is capable of generating 47hp and 52Nm, and is mated to a 6-speed manual gearbox. There are disc brakes on both wheels, 320mm front and 240mm rear, with dual channel ABS. It has 41mm telescopic forks up front and dual shocks in the rear.