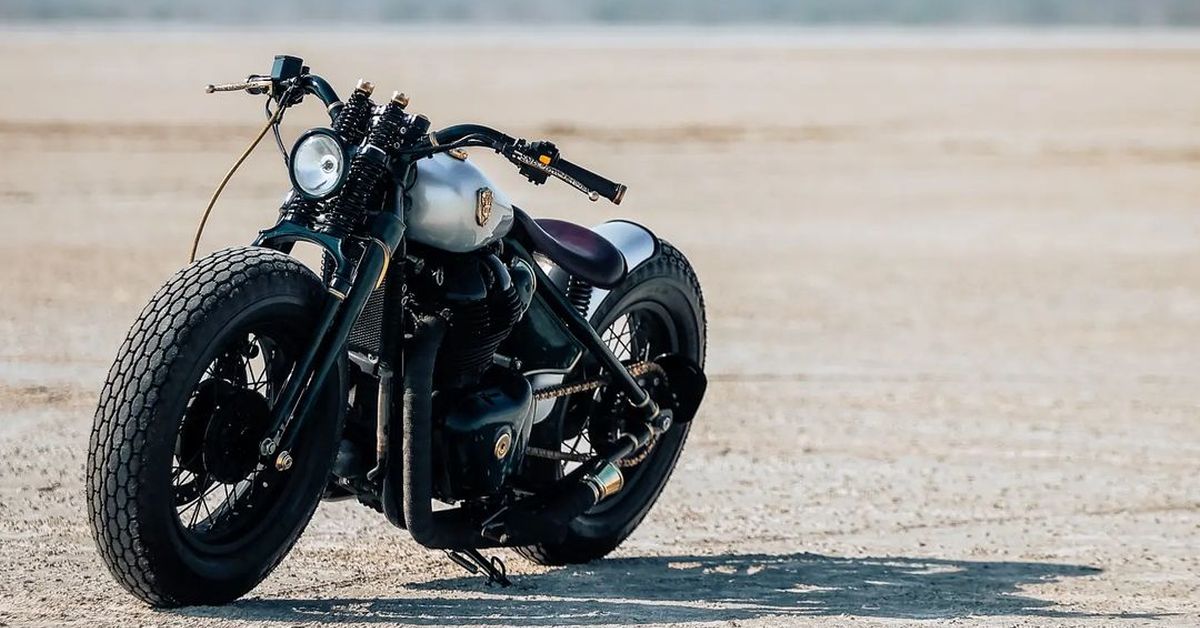 Royal Enfield is one of the most popular and oldest two-wheeler manufacturers in the world. It is a popular choice among cyclists in India and across the world. They are currently working on new models to expand their portfolio and some of these models are expected to hit the market later this year. Royal Enfield is known for making modern motorcycles with a retro look and that is what attracts many buyers. Interceptor 650 and Continental GT 650 are currently the flagship models and there are several examples of modified Interceptor 650s from around the world. Here we have an Interceptor that has been modified into a bobber by Rajputana Customs.

The images were shared by ay_viisuals on Instagram. Rajputana Customs is a well-known name in the motorcycle modification circle and they have customized several motorcycles in the past. It’s probably one of their recent creations and is called ‘Starlight’. The motorcycle was completely transformed for this project. It has been modified into a bobber. The bike is now finished in a silver and dark green shade which looks great on the bike.

Starting at the front, it gets blacked-out steel rims with big tires. The front suspension setup was completely changed. The telescopic suspension has been replaced with a Springer Fork setup which gives the bike a retro look. The front disc brakes were retained but the calipers were repositioned. The fork was finished in the Deep Green shade.

As we move forward, you notice the headlights of this motorcycle. It is different and smaller from the stock unit. This is an aftermarket unit and is neatly placed. The motorcycle does not come with fenders in the front. The handlebars have been customized and besides silver, black and deep green there are also gold accents on many parts of the bike.

The original instrument cluster is not visible on the bike. The fuel tank of this motorcycle has been customized. It’s completely different from the stock unit, but it still manages to retain the teardrop design. The engine and the area around it have also been finished in the Deep Green shade along with the complete frame. Royal Enfield branding on the crankcase has been done in a gold hue. Some changes have been made to the frame of the motorcycle and this is clearly visible in the photos.

The seat height was lowered for the bobber-like seating position and the rear suspension setup was also changed. The swingarm of this motorcycle has also undergone modifications. The side panels on this bike have also been replaced with bespoke units. The stock Interceptor exhausts were replaced with custom free-flow units with gold tips. The rear gets a custom metal fender that partially covers the rear tire. The rear receives disc brakes and the rear lights are placed on the right side of the motorcycle. Overall the bike looks good and doesn’t look like an Interceptor 650 at all.

Is using a consolidation or debt settlement company a good idea?