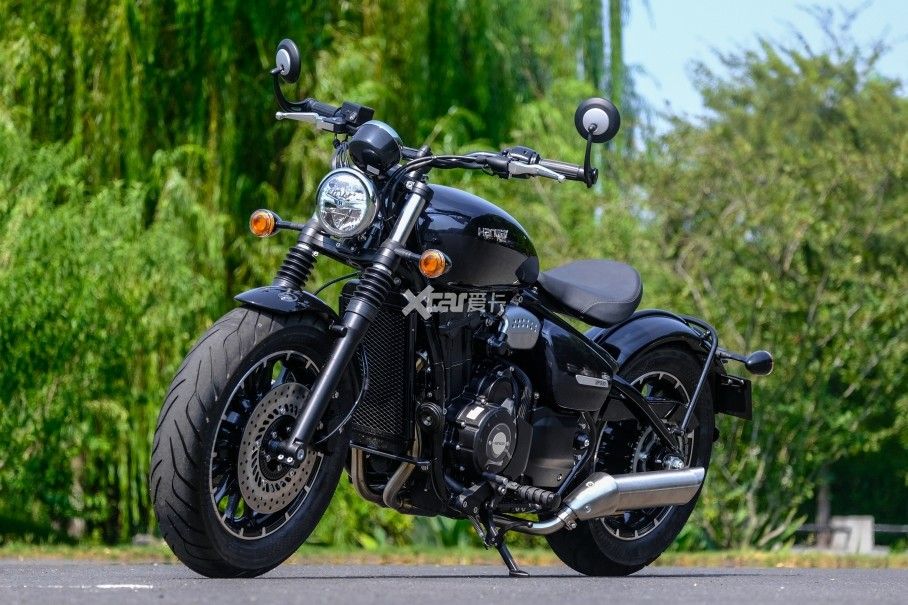 Dubbed the Hanway YP500, the bike could have been a capable cruiser had it not been for its copied design

China has no shortage of lookalikes in its motorcycle market and we’ve seen a clone of the Harley-Davidson Iron 883, Ducati Scrambler and even the Indian Scout. Now the latest Chinese company to join the party is Hanway which has unveiled the YP500 (or B50) bobber, an explicit copy of the Triumph Bonneville Bobber.

Chinese clone of the Triumph Bobber

Hanway left no stone unturned to make its bobber like the Triumph. From the round LED headlight to the single-seat saddle, everything is clearly inspired by the British offer. All of this, plus the bar-end mirrors, big tires and slash-cut exhaust, ensures that the YP500 will fool a lot of people into thinking it’s the real deal.

But there are some notable differences. First off, the tank shape is a little different here and doesn’t feature indents like the Triumph. Second, the Hanway rolls on diamond cut alloy wheels unlike the Bonnie’s wire wheels. And if that’s not all, just watch the Hanway badges for clarity.

Now Hanway may have hit the nail on the head in terms of styling, but the company couldn’t do it in the engine department. So as the 500 in its name suggests, the Chinese bobber uses a 498 cc twin-cylinder engine developing 47 horsepower and 45 Nm. Those are pretty respectable numbers (the Royal Enfield Interceptor 650 also makes 47bhp) and, had the company not copied the design, the YP500 would be a pretty respectable option in the 400-600cc cruiser space.

In addition, the suspension – telescopic forks and adjustable monoshock – both are from KYB while the bike has two discs up front which only makes the YP500 an even better package. However, the features are pretty basic and you only get a digital-to-analog dash with dual-channel ABS.

Pricing for the Hanway YP500 starts from 33,980 yuan (~$5,000), making it good value for money. However, since the design might result in a few court hearings, we don’t expect the company to introduce it overseas, so you might not even get a chance to check it out. nobody, let alone bring him home.

From the factory the Rebel 1100 is limited to 100mph but there may be a way to remove the speed limiter to give a higher top speed. But really, why would you want to go any faster?

As long as you have your full bike license, the Rebel 1100 is a great beginner’s bike: the low saddle height, low center of gravity, good brakes, good chassis and decent rider safety electronics all add up. add up to make it an easy, non-intimidating bike. bike to ride.

The Honda Rebel 1100 develops 85.5 horsepower. The engine has been retuned for low torque compared to the Africa Twin application.

Debt consolidation in times of uncertainty