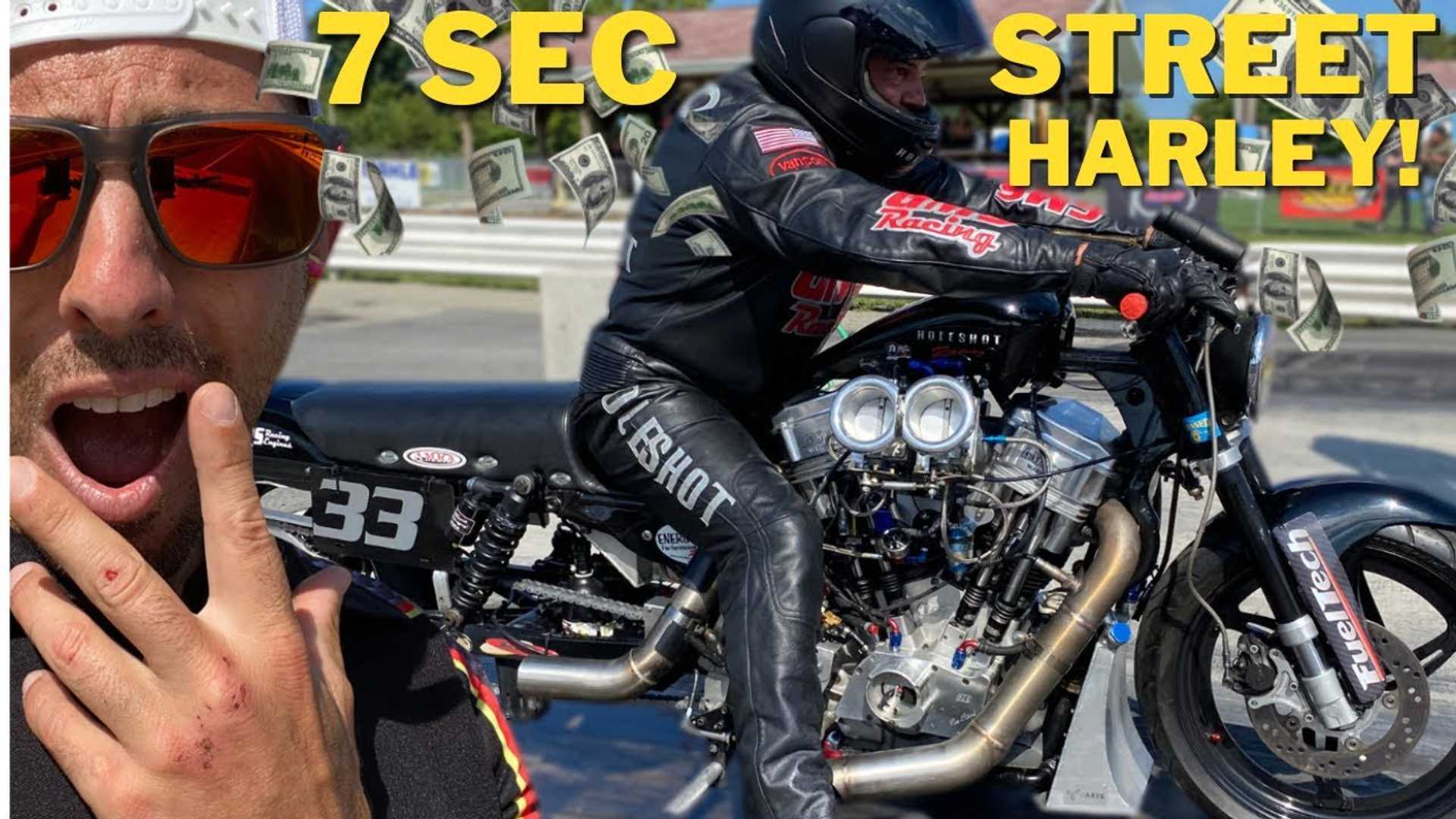 Apparently, GMS Race Team motorcycle builder and tuner Gregg Dahl is willing to drop $100,000 to turn his Sportster into a seven-second race bike. Of course, we use Sportster very loosely in Gregg’s case. He may have based his quarter-mile monster on Harley-Davidson’s legendary mid-size cruiser, but it looks more like a Theseus ship at this point.

The base Sporster model packs a 54-cubic-inch V-twin that produces 54 lb-ft of torque. That’s more than enough grunt for many beginners, diehard converts and urban riders, but it certainly doesn’t provide drag strip authority. Dahl changes all that with a 172 cubic inch engine. That’s nearly 3.5 times the size of the original Sporty factory.

To handle all that extra sauce, Dahl separated the transmission from the crankcase and redesigned the fuel system and belt drive. Of course, this is in addition to the chassis work needed to make the middleweight bobber a barless beast. Dahl’s investments are paying off, however, with its Sportster build clocking a quarter-mile time of 7.62 seconds in November 2020.

Unfortunately, the pandemic and resulting supply chain issues and resource shortages did not help Dahl improve on that record time. In New Alexandria at Keystone Raceway Park in Pennsylvania, GMS racing team Mike Mott could only record a run of 8.16 seconds at 169 mph. Although the team couldn’t beat its previous record, Dahl is sticking with the Sportster platform for its affordability.

“We just approached it with the idea that we weren’t afraid to break anything. You know, if I blow it up, it’s okay. So we did some sketchy stuff and got away with it,” admitted Dahl (and every other Sportster customizer in the world).

No, many of us don’t have the means or the dedication to build a quarter-mile, seven-second Sportster, but it’s absolutely no surprise that there is one.