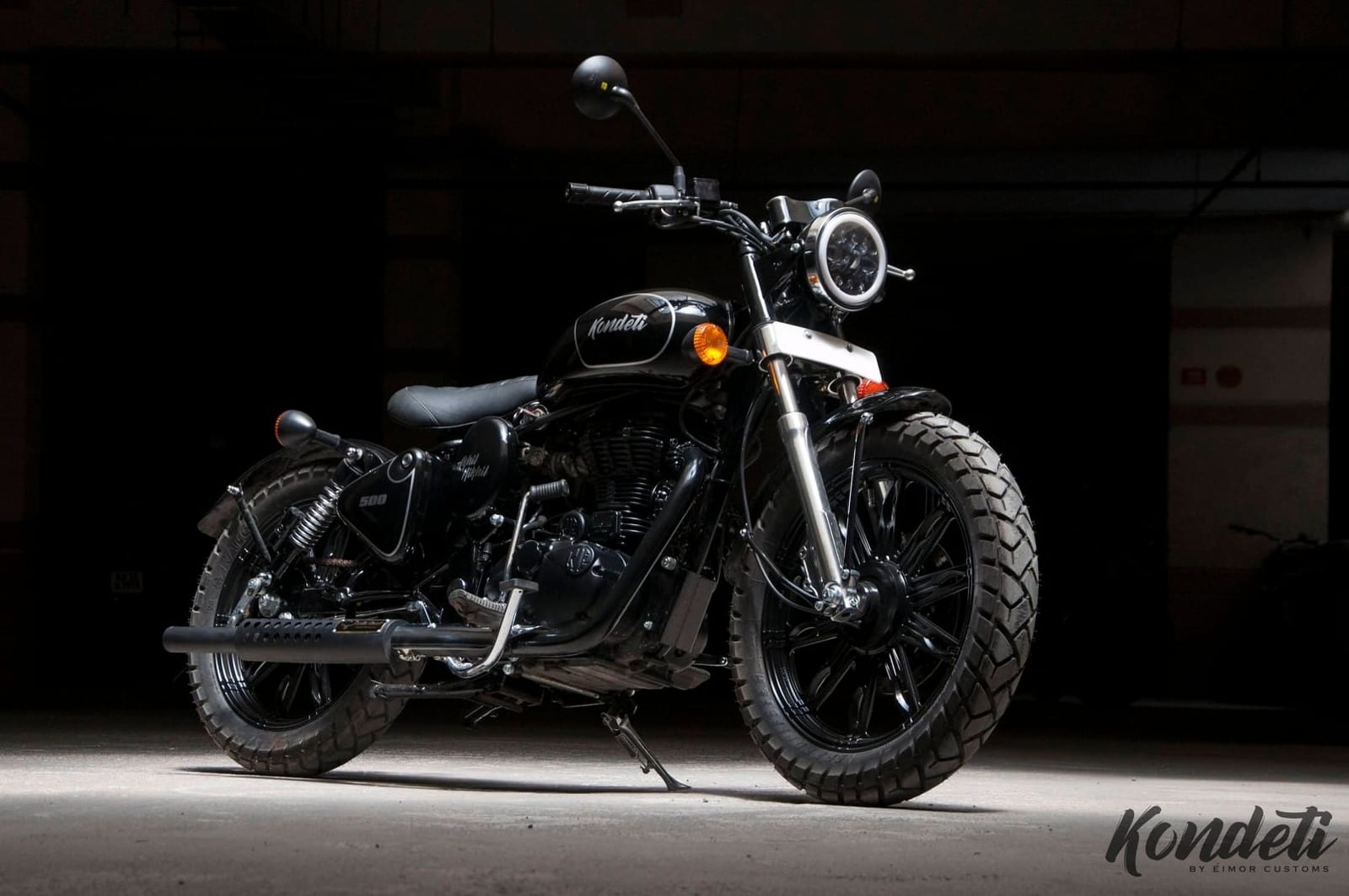 In India, Royal Enfield enjoys a cult following among motorcycle enthusiasts. Plus, many RE motorcycle owners like to customize their rides, and we’ve seen plenty of modified examples over the years. All over India, there are many garages that specialize in customizing Royal Enfield bikes, and one of the famous names among them is EIMOR Customs.

Customs EIMOR recently shared images of their latest project, named ‘Kondeti’. This is a beautiful single-seater bobber, based on the Royal Enfield Classic 500. The bike is given a custom all-black paint job, with the engine assembly also blacked out. This gives it an overall stealthy look. The aftermarket multi-spoke alloy wheels are also all black, matching the rest of the bike.

Up front we see an aftermarket LED headlight and a new fender. The headlight cowl has been removed, giving the bike a much cleaner look now, and the instrument cluster layout is different. The fuel tank is decorated with thin silver stripes on the sides, as well as the name of the project in silver. The garage name is visible on the battery cover and there is a “500” stripe on the side cases. 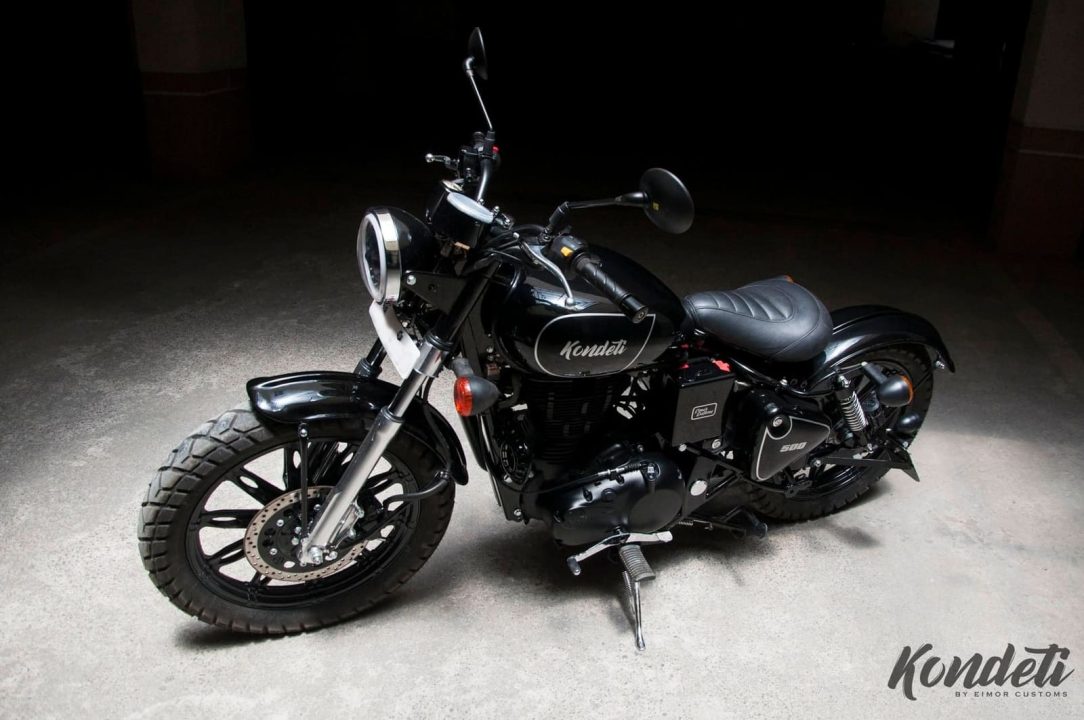 The original seats have been replaced with a custom single seat. The rear fender is also a bespoke unit, and the rear turn signals are now mounted near the rear shocks. The stock rear light was removed and a spare light fitted, positioned on the left swingarm.

The license plate holder is also an aftermarket unit, and it was placed on the left swingarm as well. The bike gets a custom dot exhaust, which gets a matte black finish. Other than the exhaust, we don’t know if any modifications have been made to the powertrain of this custom-built Royal Enfield bobber. 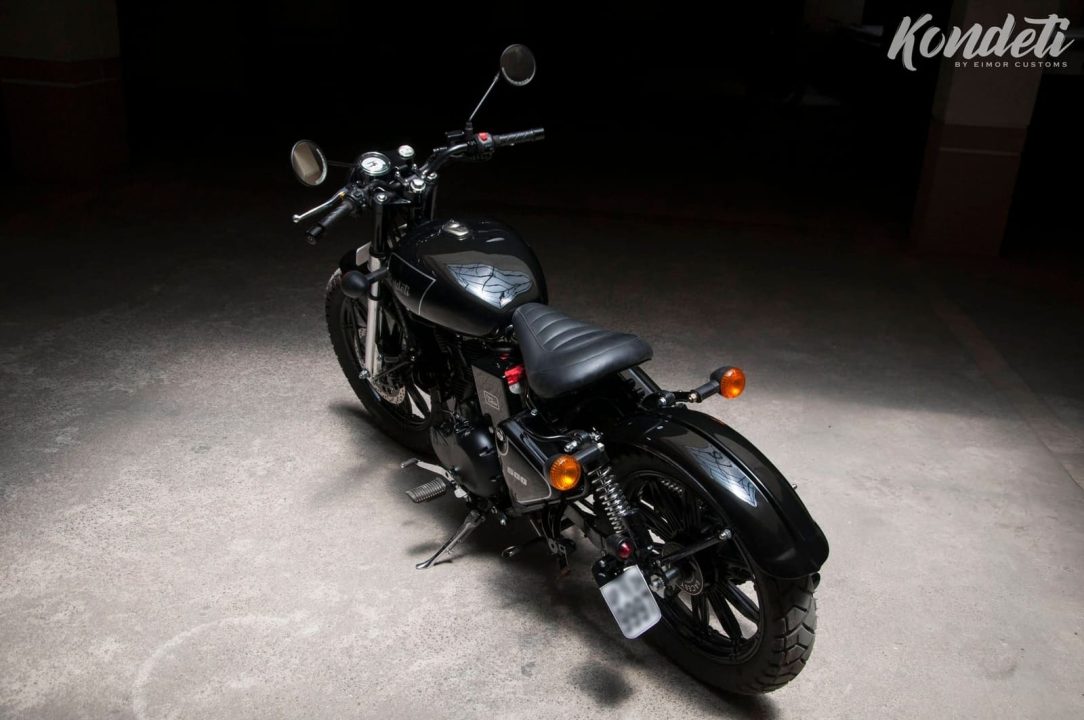 The RE Classic 500 was discontinued in the Indian market in 2020. It was previously powered by an air-cooled 499cc single-cylinder engine, which delivered a peak power of 27.57 PS and a peak torque of 41.3 Nm. This powertrain was paired with a 5-speed manual gearbox.