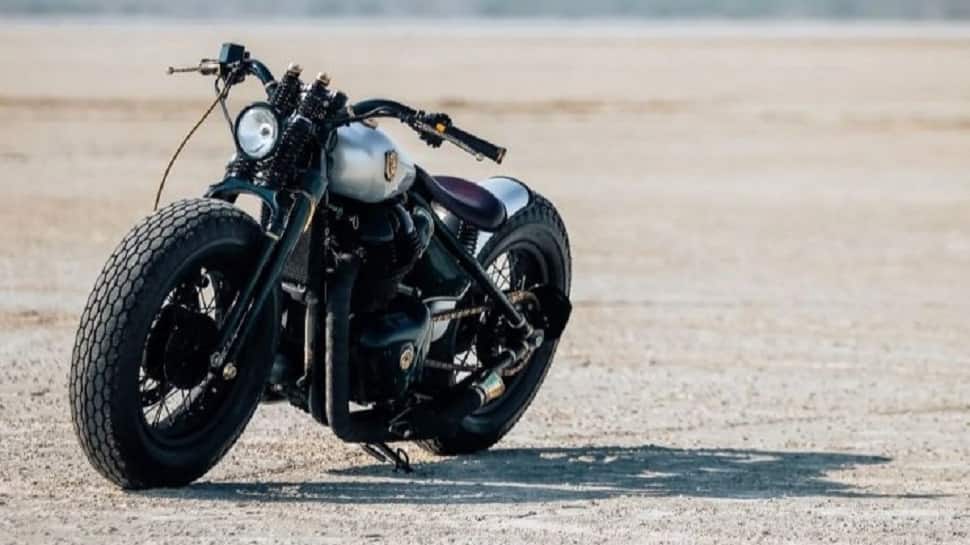 Royal Enfield is one of the most famous brands among Indian two-wheeler enthusiasts. The company’s flagship offerings – Interceptor 650 and Continental GT 650, are the only motorcycles the brand sells with its 650cc twin-cylinder engine. Like other models, these remain favorites of tuners. Rajputana Customs, a famous motorcycle modification house in the country, worked their magic on an example of a Royal Enfield Interceptor 650 to give it a radiant look. The bike now takes on a bobber theme with a host of changes to stand out from the crowd. The tuner calls this example – Starlight.

Well, it doesn’t look like an Interceptor anymore. For starters, the tuning house replaced the stock fuel tank with a rather smaller teardrop-shaped unit, finished in a shade of silver. Contrasting dark green and gold inserts have been used to further amplify its appeal. The frame is painted in the green hue, while the crankcase has a golden hue. Also, the factory spec instrument cluster is omitted in this example.

The seat height remains low and the rear swingarm is also modified to give it a hardtail configuration. The minimalist rear fender goes well with the bobber design, as do the short-barreled free-flowing exhaust mufflers. Around the front, the headlight unit is now seen smaller than before. It is mounted on a spring fork front suspension, which is used instead of the stock configuration.

Another highlight of this modified Royal Enfield Interceptor 650 is the front brake setup. While the original caliper and rotor are retained, their placement is now changed. Additionally, the bike rides on a chunky rubber package, draped over the spoke rims, finished in a dark black hue. In summary, this modified Interceptor 650 looks dramatic and attractive from every angle.