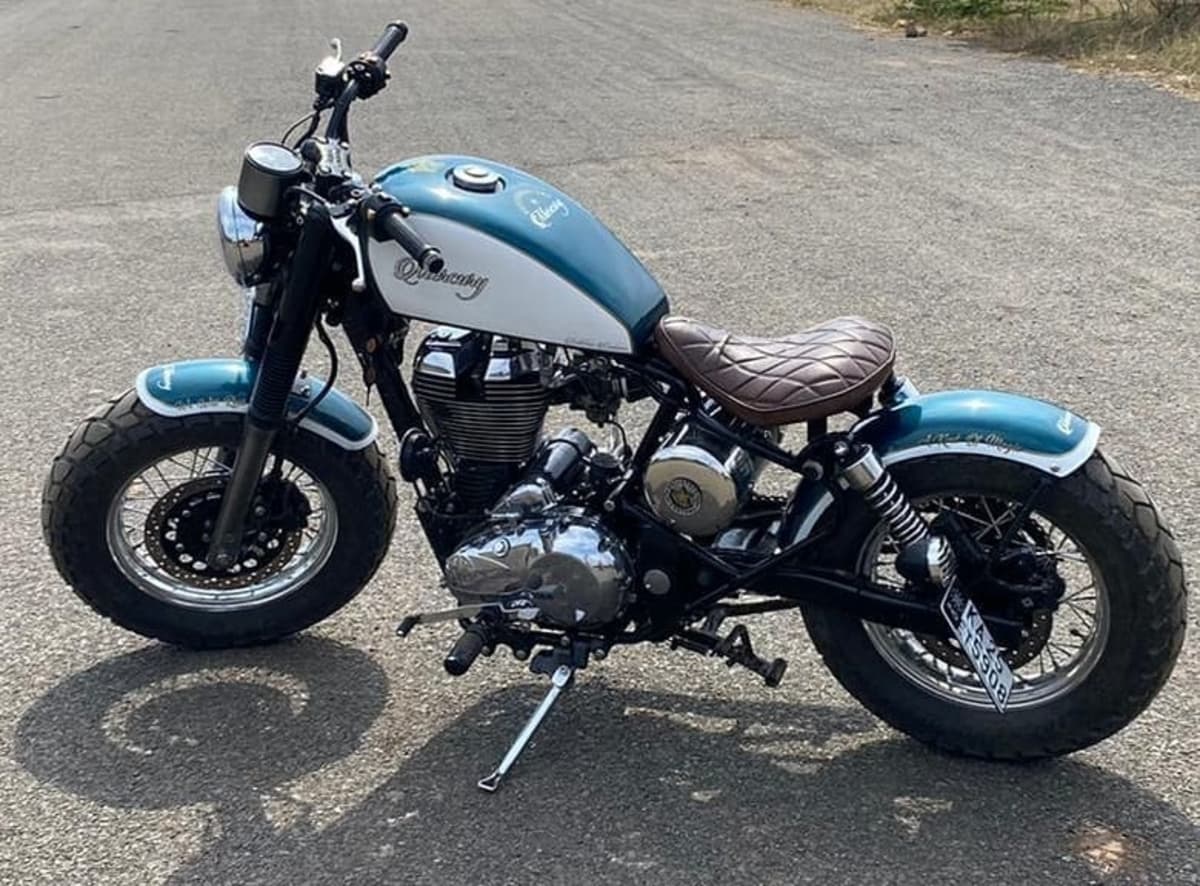 This modified Royal Enfield Thunderbird 350 is a tribute to Freddie Mercury, frontman of the iconic rock band, Queen

Royal Enfield motorcycles are popular among motorcycle enthusiasts, especially those who want to build a custom motorcycle. Due to the brand’s excellent after-sales support in India, modifying RE bikes is quite easy, and we’ve seen people express their creativity in the most beautiful way. Here we have a bespoke bobber, which started life as the Royal Enfield Thunderbird 350.

This motorcycle was built by Customs Bulleteer in homage to Freddie Mercury, singer of the iconic British rock band Queen. There are several ‘Mercury’ markings on the tank and one each on the shortened fenders. The bike has spoked wheels at both ends, finished in chrome and shod with Harley-Davidson-style balloon tires. The teal and white paint job, with gold stripes, is absolutely amazing.

The front gets a new single-box analog instrument console, along with new handlebars. The fuel tank is also new and much smaller than the original one. It gets beautiful details in gold paint, with an old-fashioned filler cap on top. The simple leather seat is also gorgeous and appears sculpted for adequate comfort. 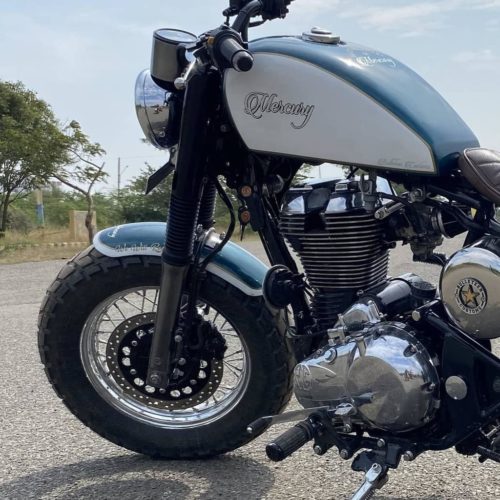 The center panels have been removed and the bike receives a new airbox with chrome plating and custom badges. The tail light and license plate are placed on the left swingarm, and the latter is mounted at an angle. The bike is equipped with disc brakes on both wheels, as well as seal protectors for the front telescopic forks.

On both wings, the names of two iconic Queen songs have been written. At the front there is “We Will Rock You”, while at the rear we see “A Kind Of Magic”. This custom built RE bobber is a magnificent work of art and a fitting tribute to a music legend. 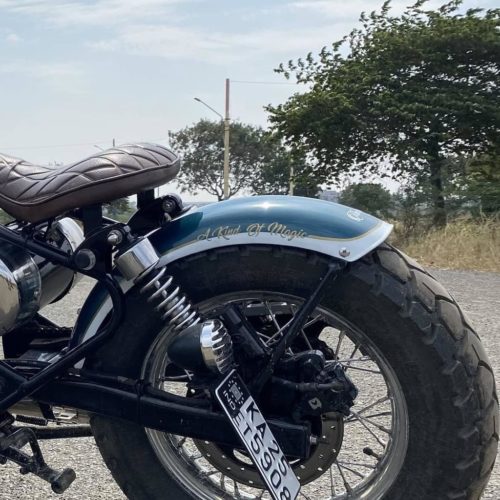 Freddie Mercury was born on September 5, 1946 to Parsee Indian parents in Zanzibar, under the birth name of Farrokh Bulsara. In 1964 his family moved to London and in 1970 he formed the group Queen. The band’s many hit songs and Mercury’s charismatic performances quickly made Queen one of the most decorated bands of all time.