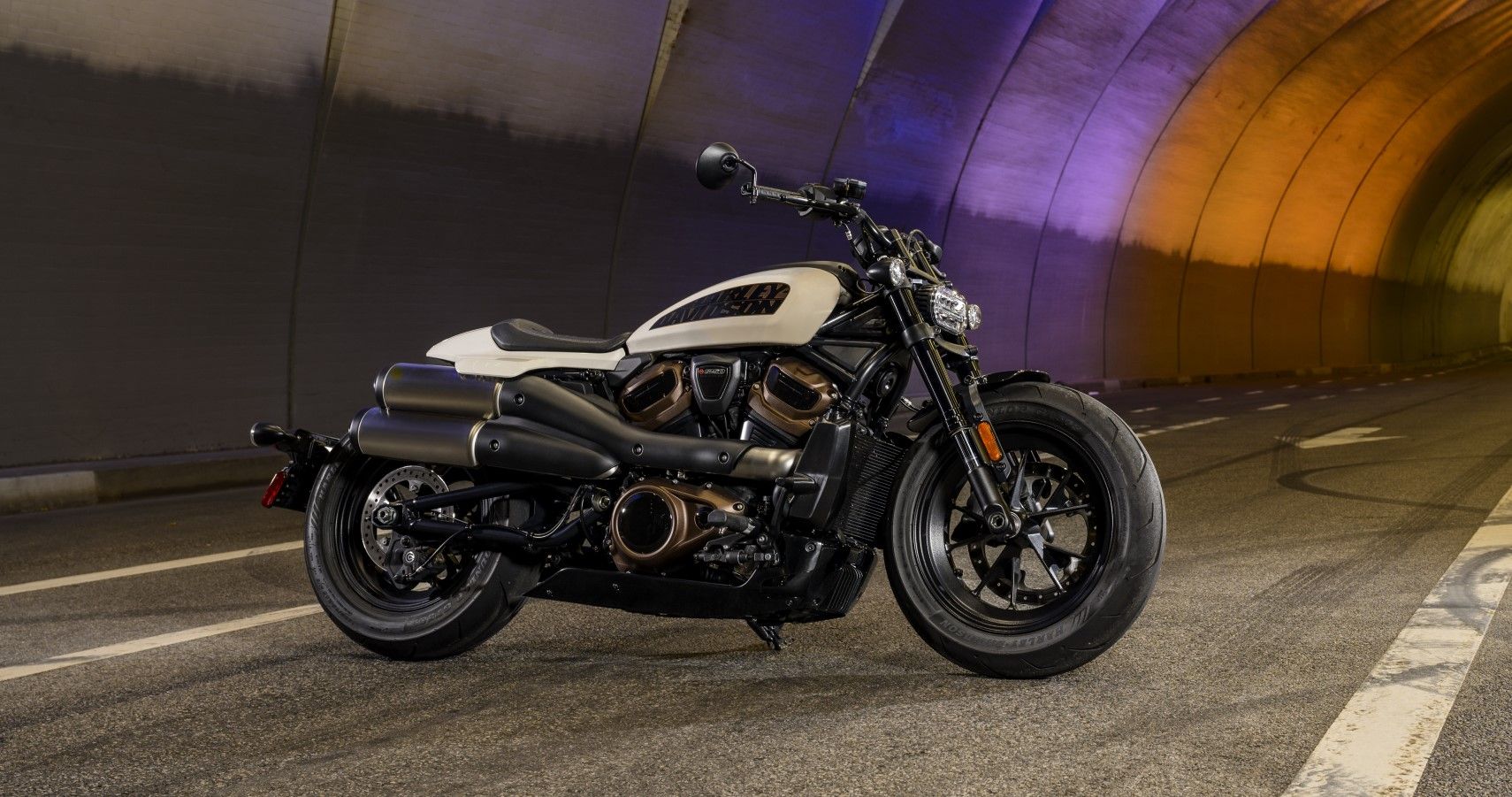 Harley-Davidsons are known for their mechanical appeal with air-cooled V-twins and growling exhausts. But things have taken a gratifying turn recently amid the dramatic ups and downs the automaker has been through. In 2019 they made a pretty bold move to ditch the iconic Milwaukee cores for a modern engine called Revolution Max.

Pushing things further, Harley-Davidson decided to pair this new engine and iconic name with the Sporster S powered by a Revolution Max 1250T V-Twin. This motorcycle is based on the “High-Performance Custom” concept that was introduced in 2018, along with the Pan America ADV and the Bronx Street Fighter.

While we got the ADV, the Bronx was not given the green light. Besides all the modern elements used in the new Sportster S, it’s the story behind the nameplate that makes things more interesting. The name “Sportster” is synonymous with HD fanatics as it has been around since 1957. The older Sportster line was known for its simplicity and was a go-to choice for custom motorcycles.

Its steel cradle frame and spectacular air-cooled 45-degree V-twin engine were hallmarks of the good old days. All of these put a lot of responsibility on the shoulders of the new Sportster S to live up to the legacy. Fortunately, it has some of the widest tires in the motorcycling world to take care of things!

The Sportster S is everything a Harley-Davidson can be; in a cool looking hooligan package.

The best feature: a modern engine for a modern hooligan

The engine is the boldest and best feature of the Sportster S. Although it is the same engine architecture as the Harley-Davidson Pan America ADV, the Revolution Max engine used in the Sportster S has undergone many internal changes to better match the “Sportster” nameplate. This power-cruiser is packed in a 60-degree Revolution Max 1250T and the torque levels here are divine!

It produces 121 hp and 94 lb-ft of torque through a six-speed belt-driven rear-wheel gearbox. The numbers are par for the course for a cruiser, but it’s the way HD has split the torque in this bad boy that puts a wide grin on the pilot’s face. The “kick” goes low in the RPM meter and peaks at 6,000 RPM. Power peaks at 9,000 rpm and so the Sportster S is a little short of its top speed.

But it’s the couple heaps that are sure to get you hooked. The “T” in the engine name makes all the difference to the Sporster S. While it shares nearly everything with Pan America, the Harley madmen have split to give it distinctive internals like new pistons, cylinder heads and speed stacks. The airbox design and 2-1-2 exhaust layout are unique to the Sportster S, adding to its character.

All of these elements come together to provide a harsher exhaust note that might hurt the feelings of HD fans who adore the iconic potato note! But change is inevitable and the direction Harley-Davidson has taken with the Sportster S is all the more desirable. Without the impressive Revolution Max engine, the Sportster S will only “look” the hooligan part!

Related: Here’s Why The 2022 Nightster Is The Perfect First Harley-Davidson

The mountain of torque perfectly distributed throughout the rev range makes the Sportster S a very comfortable cruiser. Also for a change, there’s no steel cradle frame to make you nostalgic here. HD used the 1252cc Revolution Max engine as the stressed component. This is a first for Harley and the front, mid and rear frames all bolt directly to the engine mounts.

This arrangement allows for increased chassis rigidity, not to mention the weight savings that come with fewer pipes. The low-slung design also helps improve its stability. Speaking of which, the Sportster S gets huge Dunlop GT503 tires. The 160/70-17 front tire is even wider than the rear tire found on a Harley-Davidson Street Bob 114! Yeah, that’s huge.

Suspension duties are taken care of by fully adjustable 43mm Showa USD forks and a link-assist monoshock coupled to the asymmetric swingarm. Braking duties are taken care of by heavy-duty Brembos. The rider triangle, according to HD, is exactly the same as the Forty-Eight. The low-slung design with a seat height of 29.6 inches; and the forward-facing stance gives it a fierce outlook.

Flat track-inspired styling is a breath of fresh air

The styling is fresh, but Harley-Davidson has also managed to merge some classic elements. The raised twin pipes, rear section and even the shape of the fuel tank are inspired by the Harley-Davidson XR750. There are bobbers and even cafe-racers with the little front fender and those bar end mirrors. The sleek LED lighting setup and sleek design give it a nifty character, unique from all other Harleys.

There are also plenty of tech features, which include five riding modes and a full suite of IMU-supported assist features that include things like angled traction control and even wheel control. All of these bits can be integrated via a concise yet crisp four-inch TFT color display.

The display even supports Bluetooth connectivity that seamlessly connects your smartphone for navigation, caller ID, and more. The main competitors of the Sportster S are the Indian FTR 1200, the Ducati Diavel and the Triumph Bonneville Speedmaster.

The HD Sportster S is truly a cocktail of fun, comfort and pure hooliganism. The 2022 Sportster S starts with an MSRP of $15,499 and comes in three sick shades. Whoever said Harley would lose her aura with her new wave of machines; the Sportster S is an appropriate answer that says – NO!