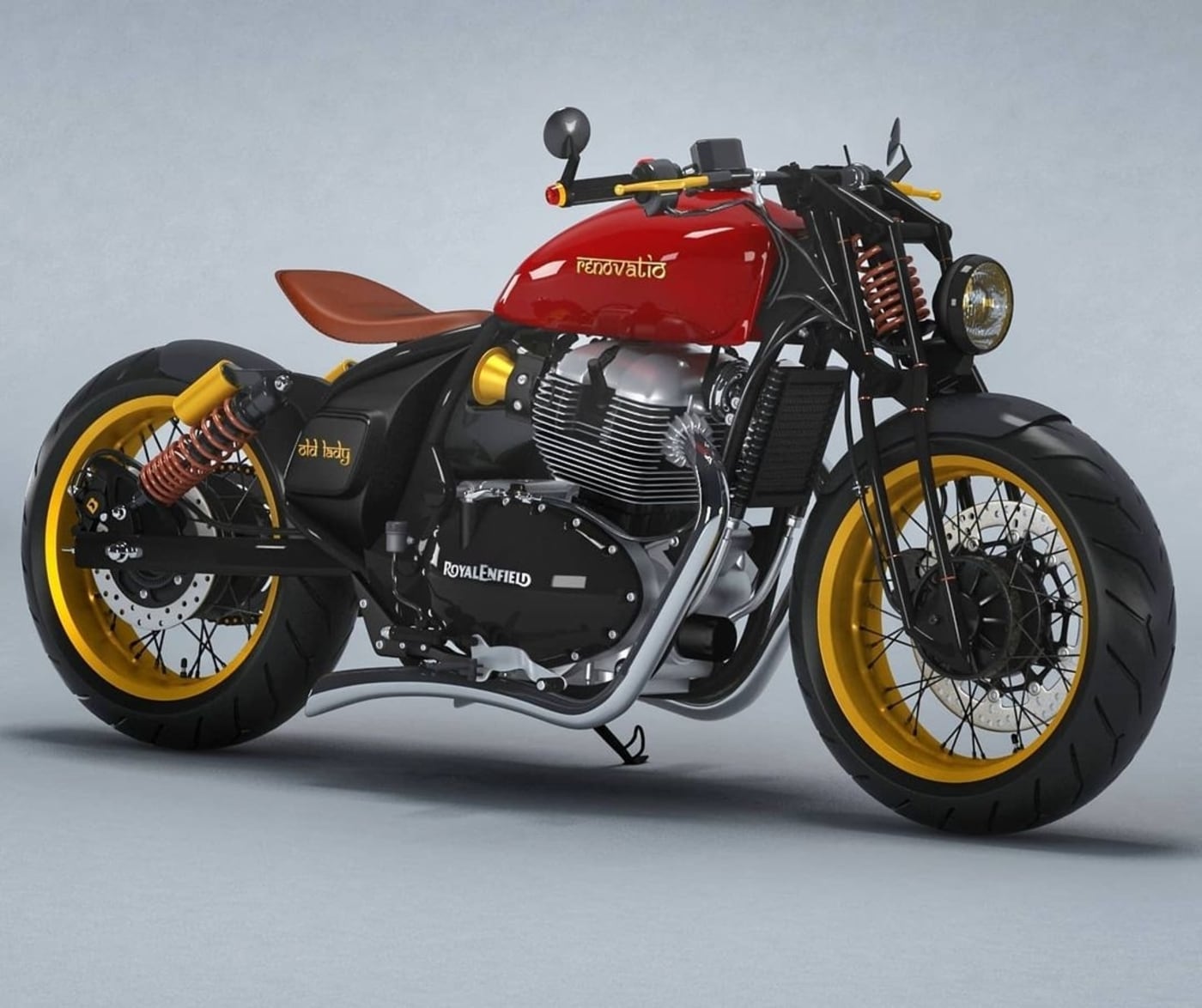 This Royal Enfield 650 Bobber is a vintage-inspired wonder

Royal Enfield Continental GT650 and Interceptor 650 were launched in India in 2018. Like other Royal Enfield motorcycles, these two are excellent platforms for custom builds, and we have seen some nice examples of RE 650 twins modified in them. streets and the Internet. . However, there is one that caught our eye recently with its wild design.

This model is not a real bespoke motorcycle, but a digitally rendered concept. The creator, Motorworks Renovation, hopes to offer it as a kit for Royal Enfield Continental GT650 and Interceptor 650 in the future, for owners who think their machines are in need of a serious makeover! It was named “Old Lady” in reference to the vintage-inspired design of the motorcycle.

At the front, we see a round headlight, mounted on beam-type front forks, with a single-shock front suspension. The bike sports a flat handlebar, with mirrors and turn signals at the end of the handlebars, and it also gets a custom fuel tank with the stylized “Renovatio” branding. We also see a lowered single seat, which houses the new LED taillight just below. 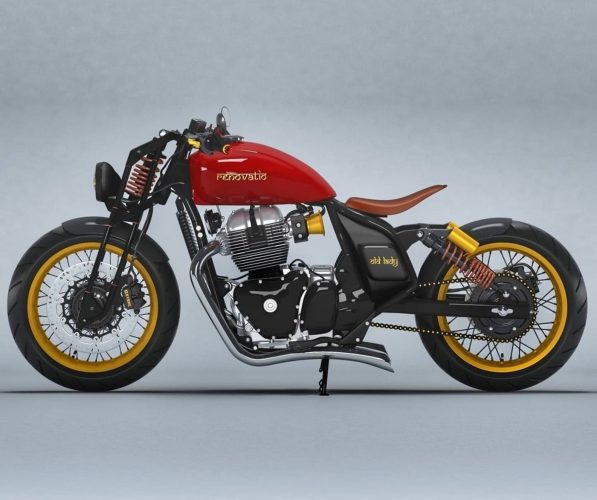 The bike sports a pair of custom side panels with integrated side cases. We also see the â€œold ladyâ€ branding on the latter, on both sides. The rear shocks are stock units, but they get new mounting points. As a result, the rear shocks are tilted forward at an acute angle.

The bike has 17-inch metal spoked wheels at both ends, shod with 160/60 Pirelli Diablo Rosso 2 whitewall tires, also at both ends. There’s a nice gold finish on the rims, as well as the air intake, rear suspension gas cylinders, and brake and clutch levers. The engine and transmission covers have been blackened, but the rest of the engine assembly remains chrome. 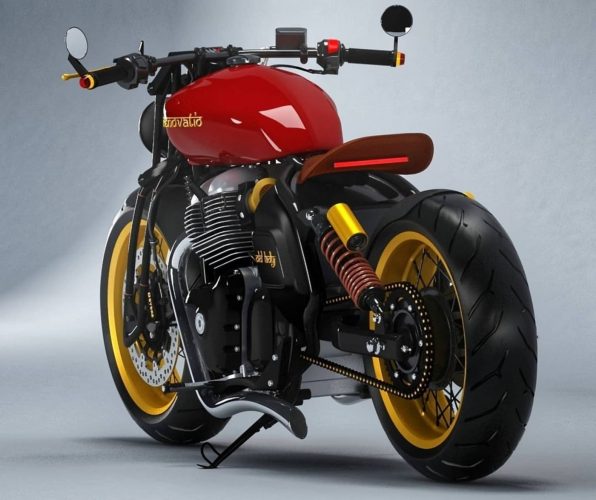 The engine does not appear to feature any upgrades or modifications except for a new arch-type dual exhaust system. The new exhaust pipes look extremely cool, and we’re sure they would have a really loud roar in real life. We would like to see this concept come true soon, because it looks very impressive, like a piece of automotive art.