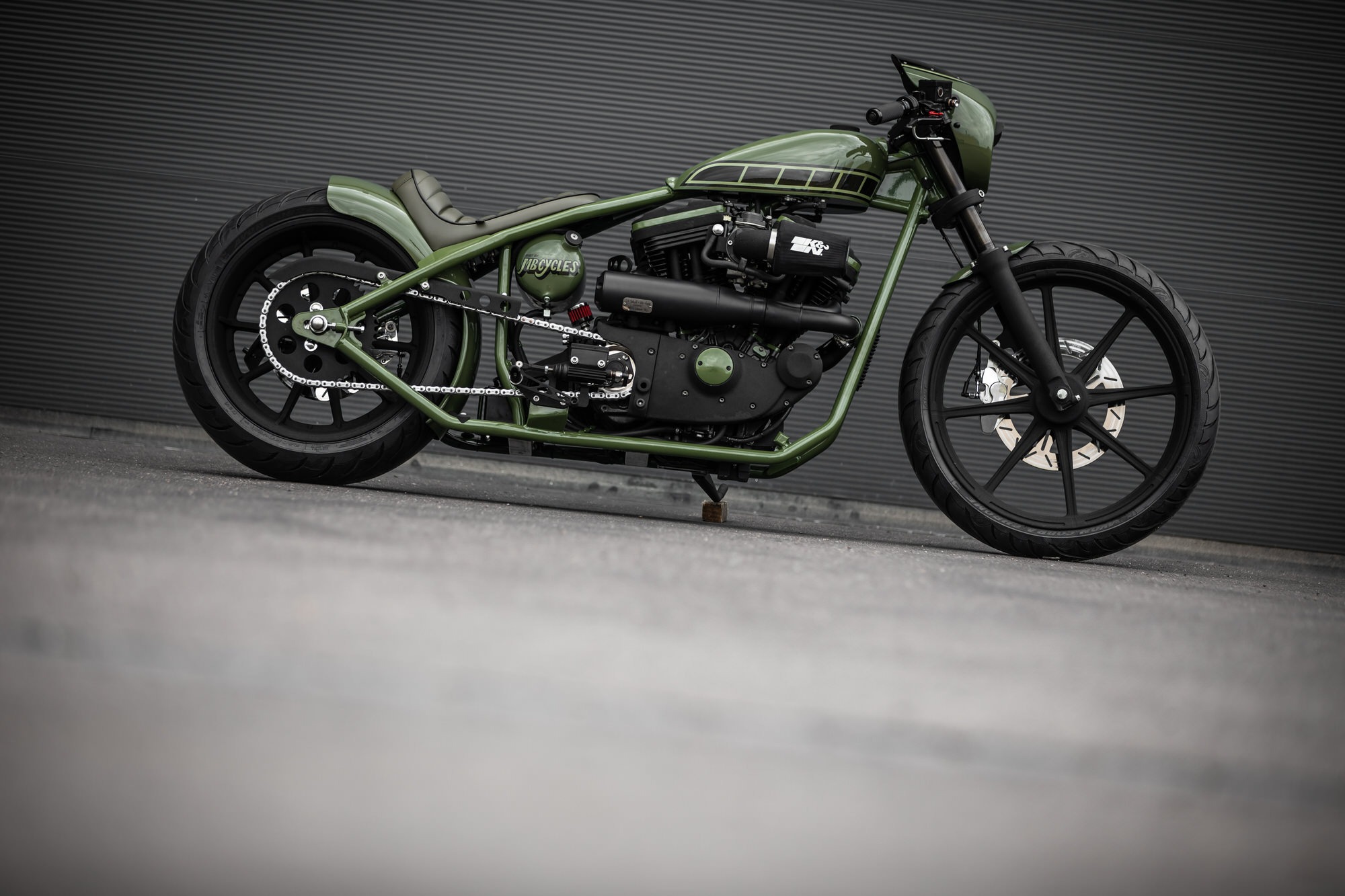 Since the days of the Ford Model T, people have tweaked motor vehicles to better meet their needs. Some do this out of sheer necessity, while others see performance enhancement as the ultimate goal and thus have all non-essential creature comforts available to keep the weight down. This goal is precisely what gave birth to the first bobber bikes after WWII, followed by more extreme choppers a few years later.

Generally speaking, the line between these two categories is rather blurry, because they both revolve around the principle of stripping a cruiser of any material deemed superfluous. Bobbers tend to retain a good chunk of what made the original bike practical, but a chopper won’t hesitate to adopt features like crazy rake angles and hardtail frames.

Harley-Davidson machines were by far the most popular rigs for these types of conversions many years ago, although this is not necessarily the case today. Custom motorcycle builders love to push the boundaries when designing a bespoke piece of jewelry, so sometimes they’ll have the less expected contenders turned into full-fledged chopper-style works of art.

For example, we recently admired a dazzling BMW R nineT designed by Nigel Petrie – a talented Australian with great attention to detail. Honestly, it’s hard to express how much we love Nigel’s two-wheeled charmer, but the creature we’ll be inspecting below is no less impressive! This sexy thing was created by a German specialist named Martin Becker, who runs Eppelheim-based MB Cycles.

The chosen donor for the feat pictured above was an older Glemseck 101 racing bike, featuring a rigid frame and a 1,203cc air-cooled V-twin engine from the 1996 Buell M2 Cyclone. Martin s This specimen was procured for future development, and a loyal customer who owns a number of his constructions visited him two days later. Seeing the machine at MB’s moto lab, the customer just couldn’t resist the urge to order another project, so it was on Becker.

Having had the freedom to use the canvas as he saw fit, the craftsman began by upgrading the twin engine with a myriad of spare parts. These include a Dyna S ignition setup, premium S&S Cycle coils, and a Keihin Constant Vacuum carburetor, which is topped with a high-quality K&N air filter. At the other end of the combustion cycle, the reworked intake is appropriately complemented by unique manifolds and a sleek exhaust silencer from Dr. Jekill & Mr. Hyde.

Once his work on the engine was finished, Martin leaned over the chassis. In the footwear department, he installed a 21-inch Rev Tech front wheel and a large Harley Breakout rear mod, both surrounded by Avon’s premium Cobra Chrome tires. The brakes were assembled using brand new discs, along with a four-piston Beringer caliper to the north and a two-piston Performance Machine element to the south.

As the Cyclone’s front suspension featured exceptional Showa forks, these goodies have been kept on the bike alongside the V-twin mill to this day. However, Becker carbon coated their lower sections and shortened the stanchions so that the Titan’s lower frame tubes were parallel to the ground. Between the fork legs we find a modified V-Rod fairing that sports Kellerman turn signals, flanking a 4.5-inch headlight.

In contrast, the custom-made wonder received a beefy rear fender with integrated LED lighting, as well as an eccentric license plate holder and a beautiful leather saddle. Underneath the solo seat is an aluminum oil chamber that has been manufactured in-house, while a small bolt-on fuel tank can be spotted above the 1,203cc power source. The cockpit contains clip-on handlebars and Motogadget digital instrumentation, with the finishing touches consisting of an Antigravity lithium-ion battery and LSL footrests.

The Mason RAW – New steel semi-rigid on the block, mounted