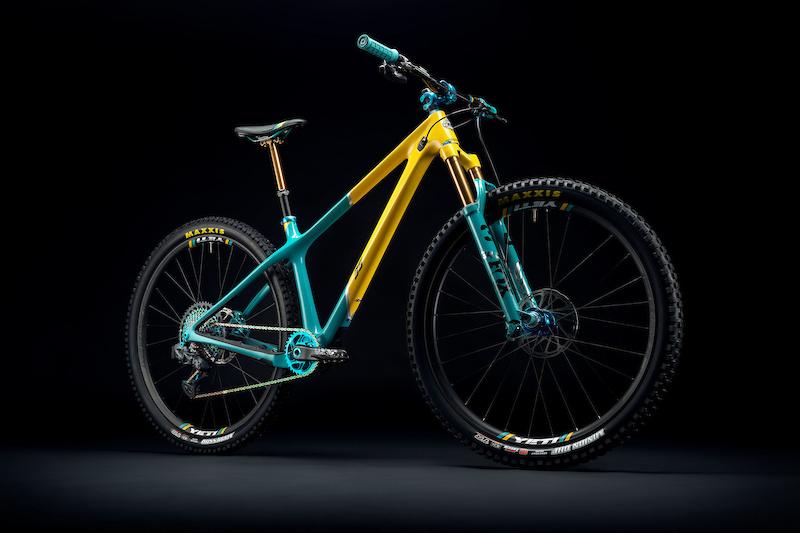 In 1991, Yeti and Easton teamed up to produce a hardtail frame that weighed about half the weight of most of its competitors. While many brands produced Chromoly steel bikes that tipped the scales 5 to 6 pounds, Yeti was able to make full use of the ProTaper tubes to produce a frame that weighed only 3.2 pounds. That frame was the ARC and, along with its siblings ARC AS and ARC AS LT, was one of the most successful platforms of early mountain biking, ridden to victory by Juli Furtado, Missy Giove, John Tomac and other legendary names.

35 years after the birth of the Yeti brand, Yeti celebrates the achievements of the bike by resurrecting it in a limited edition anniversary hardtail that retains the spirit of the original while updating it to modern standards. Painted in classic Turquoise and Yeti Yellow and riddled with custom matching pieces reminiscent of iconic ’90s racing days, it’s certainly a fitting tribute, but you’ll have to be quick to get your hands on one. This is a limited edition and only 100 will be produced.

The 35th Edition bike is now cast in carbon and designed to work with a 130mm fork. The ARC has always had a reputation for being the “trickiest” builds and while we won’t see any Kamikazee crush 64 tooth chainrings or purple anodized handlebar ends on this bike, there are still plenty of kits out there. Shop dripping with a SRAM AXS drivetrain, custom painted Fox 34 fork and Yeti branded carbon wheelset with Chris King turquoise hubs.

A selection of anodized end caps as standard on the bike. It’s a 90s throwback after all

Yes, it’s definitely a beautiful bike and it will undoubtedly be at the top of any nostalgic collector’s list, but it comes with a price tag, $ 9,900 (Â£ 8,999.00 / â‚¬ 10,190.00). The bike is at least covered by Yeti’s BS-Free Lifetime Warranty. More information about the bike and the warranty can be found here.